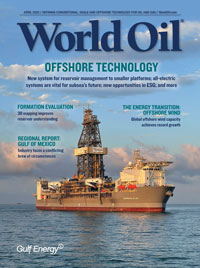 Staff
For the second time in a week, U.S. President Joe Biden managed to confuse the American public, taking advantage of the average person-on-the-street’s lack of knowledge about the global oil market.

Executive viewpoint: Texas oil and gas can save Europe—again

Wayne Christian
The EU should be buying LNG from friendly countries like America, Australia, and other Western democracies to meet their firm generation needs. It’s dependable, affordable, and cleaner than coal.

Oil and gas in the capitals: Casualties of war

Jacques Sapir
The consequences of the war between Ukraine and Russia will be considerable for the energy and oil markets. Given the extent of damages produced by the war and the sanctions taken by NATO countries and their allies, a ceasefire will not imply a return to normal.

First Oil: Looking for positivity among all the negativity

Kurt Abraham
In the U.S. and many other countries, rampant inflation is taking place, the various supply chains are a mess, energy supplies are disrupted, and the cost of oilfield equipment and services is jumping higher. It’s hard to ignore all this negativity, but in this column, we’re looking for some positivity, wherever we can fit it.

Willard C. (Bill) Capdevielle, P.E.
In a heat exchanger column, I discussed the use of certain nano-particles to increase the thermal conductivity of fluids used in heat exchangers. This month, I’d like to expound a bit more on a particular type of nano-fluids: Nano-Lubricants.

The ESG perspective: A day without oil?

Mark Patton
Things are beginning to move a little quicker in ESG reporting and standards. Recently, the International Sustainability Board published its first two proposals on development of global standards.

Lei Wang Chris Stewart
An integrated platform, incorporating data from multiple systems that are accessible to a real-time operations center and field personnel, produces a comprehensive model of a company’s ecosystem. The innovative combination results in safer, more reliable operations with less downtime.

Technologies to enable subsea electrification for a topside free environment

Matt Lamb
All-electric systems are vital for the future of subsea operations in the energy transition.

Kurt Abraham
Annual awards were handed out to 14 deserving technical advancements and innovations geared to the offshore upstream industry.

Streamlining liquid mud plants: Sustainability from the ground up

Mike Slaton
Skyrocketing oil prices caused by Russia’s war on Ukraine and Biden’s war on hydrocarbons present the Gulf of Mexico E&P industry with a conflicting brew of circumstances.

Michael Plante Kunal Patel
Compared to fourth-quarter 2021, the Dallas Fed’s survey found that U.S. E&P activity surged in first-quarter 2022. However, there are still a few question marks that will linger through the year.