The Permian basin of West Texas is the largest concentration of new drilling activity in the United States. The high quality and productivity of the Permian region are hard for operators to ignore, especially when it costs less to drill a top-performing well in that area. Small wonder, then, that this is one place where operators are adding more rigs, as well as other equipment, manpower and supplies. 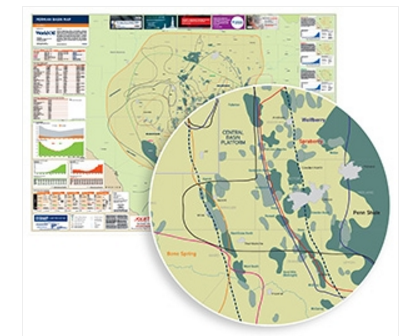 Over the past decade, the use of horizontal drilling with hydraulic fracturing has provided access to large volumes of oil and natural gas that were previously uneconomic to produce from low-permeability shale formations. This exclusive World Oil map details break-even prices for North America's shale plays. 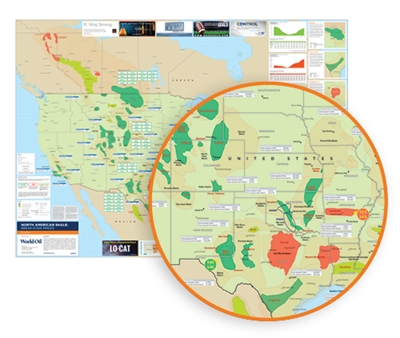 Oklahoma's Anadarko basin has become second only to the Permian basin as a popular and prolific area of shale activity in the U.S., courtesy of two specific plays. The SCOOP (South Central Oklahoma Oil Province) play has seen interest skyrocket since 2012, when Continental Resources first looked for oil-based resources adjacent to its Woodford gas holdings. Analysts refer to the SCOOP as an oil- and liquids-rich play with some of the thickest, high-quality shale resources in the U.S. The STACK (Sooner Trend Anadarko Basin Canadian and Kingfisher Counties) play, like the SCOOP, is not new. Yet, it has been revitalized by horizontal drilling and hydraulic fracturing. Industry veterans have referred to STACK wells as some of the best-performing that they’ve ever seen. Some of the biggest operators in these plays include Newfield, Continental, Devon, XTO (ExxonMobil) and Cimarex. 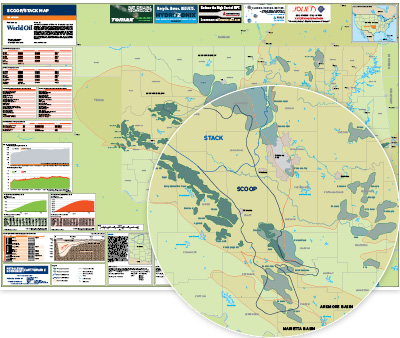 Often referred to as the little brother of the Permian basin, the Eagle Ford shale came of age during the five-year U.S. unconventional boom of 2010-2014. Operators were lured to plentiful reserves of oil, gas and condensate. The rapid development and oil production growth, accompanied by traffic snarls and a worker housing shortage, came to a grinding halt at the end of 2014, when the oil price crashed. The region's rig count, which once hit a peak of 259 during the boom days, fell to a low of 29 in May 2016, but has now recovered to a count of approximately 80. Benefitting from the Permian’s shortage of takeaway capacity, the Eagle Ford is now estimated by the USGS to hold 8.5 Bbbl of oil, 66 Tcf of natural gas, and 1.9 Bbbl of NGLs that are "undiscovered" and "technically recoverable." 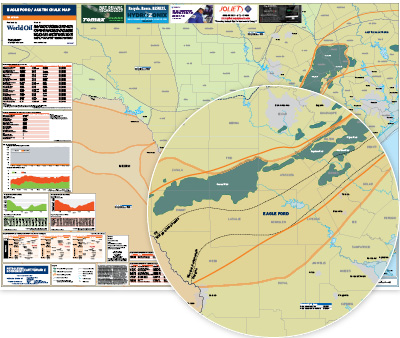