Although oil and gas operators work to extract the maximum available resources from a reservoir, there will always be more out there. Pulsed-neutron logging is a proven method to help operators monitor fluid contacts and other reservoir changes to optimally manage their production, locate and quantify additional reserves, and extend the life of mature fields. This technology, however, has been underutilized in certain offshore environments, due to cost and logistical challenges.

As a field is developed and placed on production, operators offset the initial decline with infill drilling. As production continues, they turn to some form of artificial lift to overcome the reduction in reservoir pressure and continue producing the wells. But as fields mature and the gold-rush days begin to dwindle, operators face some complex decisions. Do they simply plug and abandon existing wells and turn their attention to potential reserves in new fields? Many do, but those operators incur the cost of drilling, completing, and producing brand-new wells. They will likely have substantial production from those newly tapped reserves, but risks and costs to get there may be high.

Still, most operators know that there likely are bypassed reserves in their existing fields. The only problem is that they don’t know where those reserves are located. To find them, operators deploy logging tools to perform a cased-hole evaluation of existing reservoirs. Typically deployed via wireline, pulsed-neutron logging detects the presence of oil, water, and gas, enabling operators to make informed decisions about where, and how, to invest time and technology. 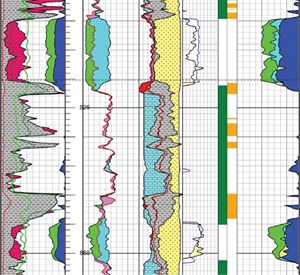 These components, housed in two physical sections—the measurement unit, including the neutron generator and detector array, and the processing unit that contains the processing and control electronics—enable operators to investigate a larger volume of the reservoir and multiple depths and resolutions for accurate, reliable results. The large detector array also maximizes gas sensitivity, making it 250% more sensitive than standard two-detector tools, a result that helps operators, no matter the environment.

Adriatic Sea. In an offshore gas well where the decline had reached 90%, an operator wanted to evaluate whether additional reserves in new intervals were present, which might be opened to restore production. The reservoir was composed of a series of thin sandstone layers which had historically been difficult to resolve with conventional cased-hole logs. The time window to conduct the logging was limited, due to other operations on the platform.

Weatherford experts studied the challenge and recommended the Raptor 2.0 cased-hole evaluation system and its enhanced gas sensitivity of the large detector array to provide a clear indication of gas-bearing layers. The team proposed to run the logs in sigma mode to minimize logging time. The data displayed several gas indicators, enabling the operator to quickly identify the thin gas-bearing layers within the reservoir. In this case, thru-tubing perforating was available to open and test any new intervals. All logging activities were completed in a single day, allowing other operations on the platform to continue without interruption.

The interpretation and evaluation services team computed the gas indicators and recommended perforations among the newly identified intervals. After perforating, stabilized gas production increased by nearly 400%, representing 50% of the original rate restored in the sixth year of production. The subsequent decline rate was less than 10% during the first year, indicating that new reservoir compartments had been opened. Effective planning, execution, and data interpretation led to the successful restoration of gas production.

Onshore Mexico. The Raptor 2.0 system also benefitted an operator in Mexico, which started an onshore workover campaign to evaluate a new interval on an old well. The challenge centered on understanding the effects of offset production and extensive water injection among many producing wells.

Weatherford field personnel deployed the cased-hole evaluation system in carbon/oxygen mode, a measurement of the inelastic carbon-oxygen and calcium-silicon ratios from the four detectors to provide basic lithology and oil-water saturation. Carbon/oxygen mode is not sensitive to water salinity, an advantage in this reservoir, as water injection had changed the salinity profile throughout the field.

The original logs had indicated the upper part of the formation should be productive, but the Raptor data showed a significant water saturation in this interval. Weatherford engineers suspected that the prospective interval had been partially swept by offset production and had flooded out, due to the water injection. A second, slightly deeper interval, however, had good characteristics and was successfully recompleted.

The operator anticipated a production rate of approximately 55 bopd, yet the Weatherford solution delivered 384 bopd. Moreover, had Weatherford not run the cased-hole log and simply recompleted within the planned interval, the operation would have failed, and the estimated expenses associated with water shutoff to repair the well would have been at least $250,000.

The Raptor 2.0 cased-hole evaluation system is deployed via wireline. For onshore fields, conventional wireline logging technology poses few challenges, but in many mature offshore fields, running wireline technology can be more problematic. Mobilization of wireline equipment adds time and costs for marine transportation, and the existing production infrastructure may not easily accommodate the full-service wireline unit and other surface equipment required. Moreover, some older facilities may have insufficient crane capacity to load the wireline unit onto the deck.

Conventional wireline logging operations also typically require three- or four-person crews, with additional offshore resources necessary to house and feed them. These factors tend to limit the application of wireline logging, especially for smaller platforms and satellite well locations, and for older facilities with limited lift capacity, Fig. 2. As a result, operators often face difficult choices that may mean leaving reserves behind.

To address and mitigate these challenges, Weatherford developed the Memory Raptor cased-hole evaluation system. The Memory Raptor system adds a memory and battery controller, as well as a safety sub to the Raptor downhole tool. These additions provide completely autonomous control of the data acquisition, enabling the tool to run in memory mode. 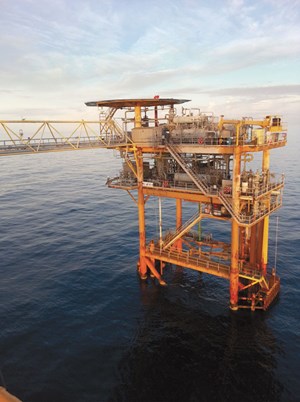 The memory and battery controller provide the same acquisition functions as the wireline-based surface system electronics, logging software, and the presence of a field engineer. The controller manages tasks, such as the programming of the logging sequence, tool power, generator control, pulse timing, spectral stabilization, detector gain control, data storage, and safety functions. Crucially, the Memory Raptor system delivers the exact same data results as the wireline-based Raptor 2.0 system, yet with substantial advantages to operators who may not be able to deploy a wireline unit.

In contrast to the challenges, costs, and constraints around installing a wireline unit, slickline equipment is readily available in many offshore production environments. Deploying Memory Raptor on slickline requires only a single engineer using a laptop computer and a lightweight equipment package, Fig. 3. The rig-up length of less than 30 ft facilitates pressure control operations on smaller platforms or when using a portable mast.

Because only one field engineer is needed, the Memory Raptor system reduces the resources necessary to house and feed multiple crew workers required to operate a full-scale wireline kit. The reduction in operational complexity means operators face fewer scheduling challenges when considering the Memory Raptor system, mitigating disruptions to other operations on a platform, and minimizing any possibility of interrupting production during logging operations. 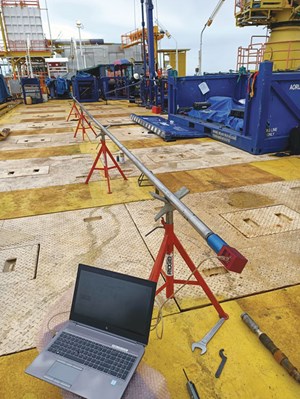 Fig. 3. Memory Raptor system on the deck of a production platform during field trials.

The benefits of the compact footprint extend to other environmental impacts as well, generating reductions in risk exposure, energy, emissions, and waste. Fewer crane operations are necessary with the Memory Raptor system, reducing personnel risks and lowering emissions and energy usage. And, with smaller vessels sufficient for marine transportation, operators save energy and reduce carbon emissions. Just like the wireline-based Raptor 2.0 system, the Memory Raptor system acquires data in the same three modes: sigma, carbon/oxygen, and n-vision. To speed up the logging activity, the data can be downloaded in the field, reducing the operational time and cost required for conventional cased-hole evaluation.

Maximizing production and optimizing recovery from existing offshore assets is a segment of the oil and gas industry that will continue to grow in this decade. As such, it becomes vital to monitor reservoir changes, identify bypassed reserves, and perform completion and production diagnostics to manage production for optimal recovery. Conventionally, wireline-based cased-hole evaluations performed these functions, but they came with a higher cost and a greater planning and logistics burden. With the introduction of the advanced Memory Raptor system, operators can manage their offshore assets in a more efficient and cost-effective manner, with quality identical to that of wireline logging. 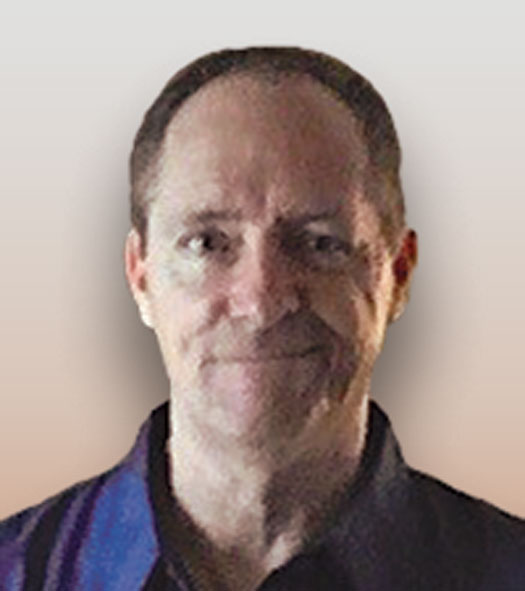 Jon Musselman
Weatherford
Jon Musselman is the global product line manager for cased-hole wireline services at Weatherford, based in Houston, Texas. He is responsible for global cased-hole business strategy, technology development, and supporting operations teams around the world. He brings over 40 years of industry experience to the role and has a special interest in utilizing cased-hole formation evaluation, production logging and well integrity measurements to support well performance improvement through intervention and well services campaigns. Mr. Musselman is a member of SPE and SPWLA and has authored papers on electrical imaging and NMR interpretation, as well as pulsed-neutron technologies.
Related Articles