World Oil editorial: UK government can’t have it both ways

Recent moves by the UK government of Prime Minister Boris Johnson indicate that people in his regime must think that they can play both sides of the street, so to speak, when it comes to oil and gas policy, and get away with it. We are here to tell them that this is not practical, much less ethical and effective.
Staff / World Oil

Recent moves by the UK government of Prime Minister Boris Johnson indicate that people in his regime must think that they can play both sides of the street, so to speak, when it comes to oil and gas policy, and get away with it. We are here to tell them that this is not practical, much less ethical and effective. 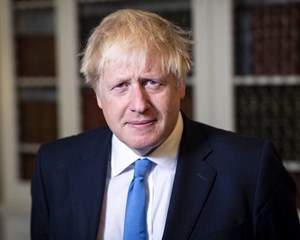 We refer, of course, to a decision announced on May 26 that the British regime will impose a 25% windfall tax on oil and gas producers’ profits. At the same time, officials announced a £15 billion ($18.billion) package of support for households having difficulties paying increased energy bills. The latter move will give each UK household a £400 discount on their energy bill, and even more for the lowest-income households. As if it makes everything better, Johnson’s administration “has built into the new levy a new investment allowance that means companies will have a new and significant incentive to reinvest their profits,” said Chancellor of the Exchequer Rishi Sunak. He justified the windfall tax by saying that energy firms were making “extraordinary profits” while average Britons struggled.

Working both sides of the street. So, let’s see—we’ve got the UK government employing Robin Hood tactics and then making it worse by offering Marie Antoinette-style appeasement. Once cannot think of a worse way to play both sides of the street. On the one side, British officials are grabbing money from oil and gas producers that they have earned, yet officials maintain it is ill-gotten. Then, in Robin Hood fashion, officials distribute this money to everyday citizens, particularly the poor. Meanwhile, on the other side of the equation, in “let them eat cake” fashion, these same officials, per Sunak, say to producers, “the more a company invests, the less tax they will pay.” Really? It reminds us of the Biden administration in the U.S. reacting to high gasoline prices by suggesting that consumers should purchase electric vehicles, even though the average price of EVs is over $56,000.

Sure enough, Johnson, during the weekly Prime Minister’s Questions session on May 25, a day before the windfall tax was announced, had mentioned to Parliament that the UK desperately needed to boost oil and gas output, given the inflationary energy prices in Europe, as well as the Russian-Ukrainian situation. And then, a day after announcing the windfall levy, Johnson had the unmitigated gall to double down on talking out of the other side of his mouth, telling Bloomberg TV on May 27 that “I don’t think we can turn our back entirely on hydrocarbons. The UK actually has a flourishing sector in the northeast of Scotland. It’s very important; we’ve got to keep that going.” Again, we say, Really?

The numbers don’t lie. Ironically, back on May 18 before the windfall tax announcement, Offshore Energies UK (OEUK) Chief Executive Deirdre Michie had noted that UK operators were already on track to pay £7.8 billion in tax during the 2022-2023 year. That’s a 20-fold increase from the 2020-2021 pandemic figure of just £0.4 billion and more than double the 2021-2022 number of £3.1 billion. The £7.8 billion figure represents £279 per UK household, per annum. Furthermore, she had pointed out that the existing, pre-windfall tax rate of 40% was twice what any other industry paid. So, she said, “this means the Exchequer is already among the biggest beneficiaries.” And let us not forget that the UK benefits from the 195,000 jobs supported by the offshore energy industry, not to mention having its own indigenous supplies of oil and gas. 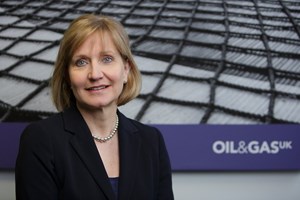 Just eight days later, OEUK’s Michie was back with more comments on the windfall tax, slated to be called “Energy Profits Levy” (sounds so clinical). She noted that the new taxes imposed on UK operators are a backward step by a government which, just two weeks earlier, had pledged to build a greener and more energy-independent nation. “The Energy Profits Levy…will discourage UK offshore energy investments, meaning declines in oil and gas exploration and production, and so force an increase in imports,” said Michie. “This is the exact opposite of what was promised in the British Energy Security Strategy, published just last month.

“In April,” continued Michie somewhat sarcastically, “we welcomed the government’s British Energy Security Strategy, which pledged ‘secure, clean and affordable British energy for the long term.’ We thought long-term meant years or decades, but it seems to have meant just a few weeks.” She went on to lament that this windfall measure means that in just a few years, the UK will be even more reliant on other countries for its energy, and consumers will still face rising bills.”

Operators re-evaluate plans. One cannot overemphasize the effect that this levy will have on offshore operators. In May 27 comments to UK state broadcaster BBC, and restated by Petroleum Economist, Michael Hewson, chief market analyst at financial services firm CMC Markets, said, “We have already had BP announce, in the past 24 hours, that is is now reviewing all of its investment in the UK economy in the aftermath of this decision, simply on the basis that it is not a one-off tax. Most of the companies in the North Sea, like Enquest or Serica Energy, get all their profits from UK waters; smaller operators will be hardest-hit.”

In similar comments to BBC and restated by Petroleum Economist, Nathan Piper, head of oil and gas research at Investec, said the expectation in the industry had been for “some sort of one-off windfall tax coming down the track. However, the policy presented yesterday is a multi-year windfall tax on an industry which is cyclical. Changing the fiscal terms in such a handbrake fashion is only going to damage investment levels in the UK North Sea.”

In a somewhat different tone, Reuters talked to a Shell spokesperson, who said, “We have consistently emphasized the importance of a stable environment for long-term investment.” That spokesperson called the investment-linked tax relief measure a “critical principle” of the tax measure.

Final thoughts. The recent oil and gas moves by Johnson’s administration are not at all what someone would expect from a “conservative regime,” and they belie his party’s label. By normal standards, such moves smack of something that would come from a Labour regime. Indeed, these policy decisions smell like something that would be embraced by the Biden administration, here in the U.S. Perhaps Labour’s economic policy chief, Rachel Reeves, is accurate in saying that “the Conservatives are doing it (imposing a windfall tax), because they needed a new headline.” It is curious that this announcement has come at a time when Johnson would like to keep the conversation away from a damaging report that details a series of illegal lockdown parties at his Downing Street office. Let’s hope that someone in his regime regains their proper senses before real damage is done to the UK’s upstream oil and gas sector.