Who pays: Allocating liability for plugging and abandonment costs in the GOM’s OCS

The Gulf of Mexico (GOM) is home to tens of thousands of oil and natural gas wells, with recent estimates calculating that number to be over 53,000. However, with only a small share of those wells actually producing—current estimates place the number at less than 10%—the reality is that a massive number of wells are nearing, or have already reached, the end of their lifespans. 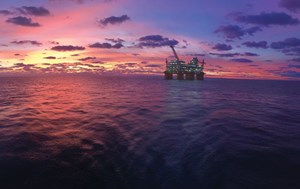 Fig. 1. There are somewhere between 29,000 and 30,000 permanently abandoned wells in the GOM, with P&A expenses averaging up to $10 million per deepwater well, and approximately $500,000 per shallow-water well. Expenses associated with P&A activities for end-of-life wells will increase, depending on well type, and whether associated structures, like the drilling platform, also require decommissioning.

In fact, industry estimates have placed the number of permanently abandoned wells in the GOM at somewhere between 29,000 and 30,000. The cost associated with decommissioning wells is staggering. On average, plug-and-abandonment (P&A) costs surge to $10 million per deepwater well, and approximately $500,000 per shallow-water well. Moreover, expenses associated with P&A activities for end-of-life wells will increase, depending on the type of well, and whether associated structures, like the drilling platform, also require decommissioning, Fig. 1.

The truth is that every well, once drilled, will eventually reach the end of its lifespan, raising P&A obligations and their associated costs. And as this article will explore, liability for these costs generally attaches, even after a sale or assignment of ownership years before a well reaches the end of its lifespan. Given these realities, coupled with the current political focus on well-plugging initiatives and a growing body of case law governing predecessor-in-interest liability for these costs, producers would be wise to focus not only on production, but equally on the significant costs associated with decommissioning, especially when companies divest themselves of these assets.

Liability for decommissioning costs should be understood as two distinct, but overlapping, obligations: 1) a current or past lessee’s or operator’s obligations to the federal government as defined by federal law and regulation; and 2) the various lessees’ and owners’ obligations to one another, as well as to their predecessors in interest, as defined by the applicable contractual documents negotiated by the parties. To analyze the risks and potential costs associated with drilling a well or purchasing an interest in a lease, it is essential to understand these two parallel sets of obligations and potential liabilities. 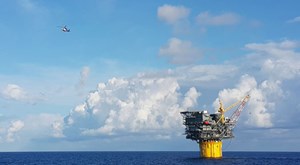 Fig. 2. The Code of Federal Regulations provides that “lessees and owners of operating rights are jointly and severally responsible for meeting decommissioning obligations for facilities on leases…as the obligations accrue and until each obligation is met.”

Operators pursuing E&P activities on the Outer Continental Shelf (OCS) are subject to the Outer Continental Shelf Lands Act (OCSLA), as well as federal regulations promulgated by the Bureau of Safety and Environmental Enforcement (BSEE) and Bureau of Ocean Energy Management (BOEM), both agencies of the U.S. Department of the Interior. Since decommissioning obligations and their associated costs can impact all lessees doing business on the OCS, it is important for operators and lessees to be aware of the federal laws and regulations related to and governing these obligations.

As a result, as soon as a well is spudded or other concrete development steps are taken with respect to a lease on the OCS, a lessee or owner of operating rights will forever after be potentially liable to the federal government for costs associated with decommissioning that well, regardless of whether that lessee or owner thereafter divests itself of those rights. The BOEM or BSEE can, therefore, look to any record title owner or predecessor in interest to perform decommissioning activities and incur the resulting costs, and because there is no statute of limitations applicable to these obligations, there is little to no recourse available.

Given an owner’s ongoing obligations to the federal government for future decommissioning costs, many lessees or interest owners understandably will look to the contractual terms of their operating agreement for additional guidance. When construing the federal regulations, courts have noted that parties will always be jointly and severally liable to the government for the cost of decommissioning, no matter what their contract provides, but they are free to reallocate the sharing of costs among themselves in their contract.4

Under the terms of OCSLA, the relevant contracts and resulting obligations among the parties are governed by the law of the adjacent state. And when OCSLA applies, the parties cannot contract around the Act’s choice of law provision. Interest holders should be cognizant of a given lease’s proximity to shore and the applicable adjacent state, because that state’s laws will govern the interpretation of the relevant contracts, regardless of the parties’ contractual choice-of-law designation. While most states that border the OCS are common law states, operators and lessees should be aware of those leases that fall within the zone of Louisiana’s more unique civil law system.

When a current interest-holder fails to fulfill its government-mandated P&A obligations and the government tasks another party to complete the work, legal recourse through the court system often remains the only viable means to make that paying party whole. The body of case law that has grown around this unique issue over the past 20 years, however, illustrates that courts can be hesitant to find that the parties’ contracts—which in many cases were drafted years, if not decades, before P&A costs were incurred—free the assigning party from decommissioning liability.

General rule: Release of liability not a given. A common argument by past lessees or owners of operating rights is that, in order to be liable for decommissioning costs associated with a relevant well, they must have been an owner at the time of the P&A activities. In other words, these predecessors in interest argue that, once they assign their interest in the relevant well to another party, they cease to be liable for costs associated with the future P&A of that well. When analyzing this common argument, courts have relied on the general contractual rule that a party cannot avoid its obligations under a contract merely by assigning the contract to a third party.5 Taking that general rule one step further, one court has held that “a party who assigns its contractual rights and duties to a third party remains liable unless expressly or impliedly released by the other party to the contract.”6 The result of the assignment, therefore, is generally to extinguish the assigning party’s rights under the relevant contract, but not its obligations, barring a release of liability from its contractual counterparty.

Case-specific contractual analysis is key. Because contractual obligations generally survive assignment under application of the general rule, courts must carefully engage in a contract-specific, case-by-case analysis to determine whether the assigning party was released from its decommissioning obligations and any resulting costs. If the governing contractual document is silent about the consequences of an owner’s assignment to a third party, courts typically resist interpreting that instrument as a release.

In Seagull Energy E & P. Inc. v. Eland Energy, Inc., the Texas Supreme Court’s seminal opinion on predecessor in interest liability for decommissioning costs, the parties’ contract addressed the consequences of assigning a party’s interest back to the original contracting parties, but not the consequences of assigning that interest to a third party. As a result, the court held that the parties’ contract did not operate as a release, and therefore Eland, the predecessor in interest, remained liable for decommissioning costs associated with the well. 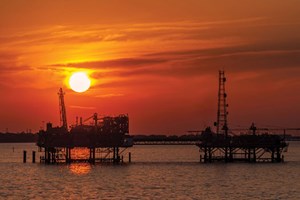 Fig. 3. In <i>GOM Shelf, LLC v. Sun Operating Limited Partnership,</i> the court relied on federal regulations that is said provide that decommissioning obligations accrue when the party drills a well or installs a platform, pipeline, or other facility.

The court disagreed, relying in part upon the federal regulations, which provide that decommissioning obligations accrue when the party drills a well or installs a platform, pipeline, or other facility, Fig. 3.8 Consequently, the former interest owner remained liable for decommissioning costs associated with wells in which it no longer held an interest because the obligation to pay decommissioning costs accrued prior to its assignment (i.e. when the wells were drilled).

Even though the court in GOM Shelf found that the decommissioning obligation accrued prior to the assignment, the court went on to analyze the contractual provision that purported to release an assigning party from obligations accruing after an assignment. The specific contractual language at issue provided that a party selling its entire interest in the lease “shall be relieved of all obligations hereunder which accrue subsequent to the date of the delivery to the purchaser of written assignment or conveyance of such interest….”9

Can a party successfully contract around decommissioning obligations? Taken together, the cases described above illustrate that courts can require exceedingly specific contractual language to rise to the level of an express release of liability. The United States Court of Appeals for the Fifth Circuit recently reached differing conclusions with respect to the same predecessor in interest’s liability, based on the presence of a single phrase in one of the assignment contracts. In Total E&P USA, Inc. v. Marubeni Oil & Gas (USA), Inc., similar to the contracts described in Seagull and GOM Shelf, operating agreements for two separate leases each differentiated between obligations that accrued after the effective date of the assignment, and those obligations arising before assignment.

The case of Sojitz Energy Venture, Inc. v. Union Oil Company of California also describes dueling contracts from different lease owners, both aimed at relieving an assigning interest holder of costs associated with decommissioning obligations. In one contract assigning shallow operating rights, the original lessee and record title owner included both an indemnity provision, which required the assignee to indemnify the assigning party for “expenses incurred in connection with…plugging or abandoning said well or wells,” as well as an assignment provision that required the assignee to remain “fully responsible and liable” to the assigning party, even after a future assignment.11

In construing the language of this agreement, the Sojitz court held that the contract was only specific enough to require a subsequent assignee to assume a proportionate share of liability equal to its ownership interest.12 Moreover, the court noted that although the indemnity provision was valid, the assignee’s subsequent bankruptcy essentially prevented the assigning party from recovery under the terms of its contract. The Sojitz court also construed a second contractual agreement, in which a subsequent assignee transferred its proportionate share in the leases back to the assigning party and negotiated its own release, in exchange for consideration, based on its estimated share of decommissioning costs.

Specifically, the agreement provided that “ATP accepts sole responsibility for…plugging [and] abandonment,” and moreover, “[ATP] releases [Sojitz] from” liability for P&A. The court held that Sojitz successfully contracted for its own release from costs associated with decommissioning, and was, therefore, entitled to recover the entirety of the decommissioning costs it paid under government order.13

Final takeaways. The parties’ contractual agreements often determine whether a party that has incurred greater than its proportionate share of P&A costs can successfully recover some or all of its expenses from one or more parties that no longer own an interest in the oil and gas lease. Express and specific contractual provisions are key.

The case law analyzing this body of law makes clear that express contractual releases of P&A liability—such as those described in Total and Sojitz—can operate to mitigate costs associated with an assigning party’s decommissioning obligations. Going forward, lessees and interest-holders should carefully evaluate any existing contractual language governing their investment in light of the case law, and consider the addition of bond requirements or additional consideration in exchange for a specific, express release of costs associated with decommissioning obligations.