OPEC in the energy transition: What have we learned from the pandemic?
Andy Brogan / EY

Almost exactly five years ago, The Wall Street Journal published an article entitled, “Is OPEC still relevant in energy markets?” The context at the time made the question reasonable. Oil markets were still reeling from a supply-driven shock that had taken the price from over $100/bbl to $25/bbl. And the seemingly endless growth of production from North American shale basins, where supply was highly fragmented, called into question the central organizing principle of a cartel: control of marginal supply.

At the time, OPEC was struggling to find a production strategy that would support prices, market share and revenue at the same time. They had kept producing and let the bottom fall out of the market, since every barrel that they held back seemed to be matched by a new barrel from North America. Eventually, OPEC found that balance and prices had recovered to, and were hovering around, sustainable levels when the Covid-19 pandemic came to define life, our economy and energy demand.

Current OPEC actions. At its most recent meeting, OPEC (and its partner, Russia) agreed to hold to its previous plan to increase production by 400,000 bopd. In retrospect, we shouldn’t have expected any other outcome. As oil demand has recovered from the initial Covid-19 shock, OPEC discipline has been remarkable in its execution and effectiveness. Oil prices have climbed, almost without interruption. In 15 of the 19 months since oil markets bottomed out (and went negative), WTI crude price has ended the month higher. So, today I ask a similar question: Is anything other than OPEC relevant when we look at the future of oil and gas markets?

The recovery from Covid-19 has been entirely OPEC-driven. Between January and April 2020, OPEC countries cut production 19%, while non-OPEC output fell only 9%. Throughout this recovery, Saudi Arabia’s role has been pivotal. In January, KSA singlehandedly moved the market by cutting production 500,000 bpd. In the week of that announcement, the price of oil went from $47/bbl to $52/bbl, and the Saudi Energy Minister declared that his country was “the guardian of this industry.”

The demand shortfall that is still with us is divided roughly equally between OPEC and non-OPEC producers, but we (and OPEC members) now know with absolute certainty that OPEC can manage supplies and move the market in whatever direction and magnitude that it wants. It would be shocking if those lessons didn’t influence OPEC’s behavior, as we move into an era of energy decarbonization and falling oil demand.

The capital markets and the imperative for international oil companies (IOCs) to set and execute on carbon emission targets, will help OPEC’s cause when it comes to gaining market share and controlling supply-demand balance. IOCs are under relentless pressure to demonstrate progress toward decarbonization. On a single day, one IOC was ordered by a Dutch court to reduce carbon emissions, another had board members replaced by candidates put forward by an activist shareholder, and yet another had its shareholders vote to adopt scope 3 emission targets, effectively asking it to reduce the size of its fossil fuel business. IOCs have divested assets, in part to fund alternative energy investments. We can expect that there will be more to come.

Capital spending outside of OPEC reflects this. Notwithstanding oil prices that appear to be sustainable above $80, upstream activity is constrained. Even though rig counts are double what they were at the depths of the pandemic, they are still half of what they were before the pandemic, which was half of what they were before the 2014-2015 downturn. Through the first three quarters of 2021, IOC capital spending was 13% below 2020’s level, which was 27% below what it was in 2019.

There will, of course, be a delicate balancing act. The capital markets’ commitment to playing a central role in controlling climate change could be tested if oil prices and returns get much higher. In the most recent earnings releases, IOC returns on capital employed reached levels that haven’t been seen since the days of $100 barrels. One CEO declared his company to be a “cash machine” and, as transition strategies unfold, it’s inevitable that questions will start to be asked about returns on capital. Even if the IOCs decide that their future lies outside their legacy businesses, my experience (and economic theory) tells me that if demand holds up, someone will step up, raise the capital, and meet that demand. The only difference will be who owns the assets, how they will be operated, and what their cost of capital will be.

Looking forward, everyone expects oil demand to peak. OPEC oil is advantaged from a cost and carbon intensity point of view. There is every reason to believe that as demand peaks and begins to fall, non-OPEC producers will be the first to fall away, leaving OPEC with a larger market share and even more influence on prices. The only outstanding issue is OPEC discipline. OPEC members still depend on oil revenues to fund their governments, and as oil demand tapers, there will be pressure to maintain production, potentially at the expense of OPEC partners. That pressure has been there through the pandemic though, and somehow cooperation, and not competition, has been the rule. As we look at the market today, OPEC has control of the global oil market for as long as it wants. The relevant question is what they will do with it? 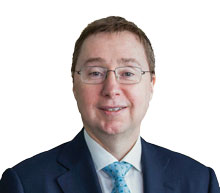 Andy Brogan
EY
Andy Brogan is EY’s Global Oil & Gas Leader. In his role, he helps clients deliver successful mergers, acquisitions and partnerships and to raise capital to support ongoing transformation. He has a bachelor’s degree in Biochemistry from Imperial College London.
Related Articles FROM THE ARCHIVE