(Bloomberg) — The owners of Laredo Energy VI LP, a gas driller focused in the Eagle Ford Shale in South Texas, are considering a sale of the company worth up to $1 billion, according to people with knowledge of the situation. 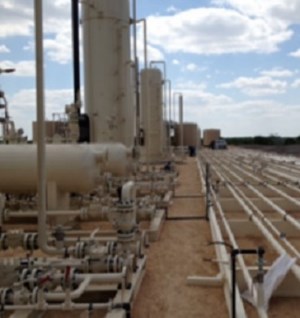 Houston-based Laredo leases 70,000 acres in a slice of the Eagle Ford just north of the Mexican border known as the dry gas window. Wells there primarily spout raw natural gas and very little or no liquid hydrocarbons.

The company is working with an adviser to run an auction process for the assets and has opened its data room to potential suiters, said the people, who asked not to be identified because they weren’t authorized to speak publicly.

The sale process comes about two years after holders of Laredo’s term loan due 2021 led by Riverstone Credit Partners and Chambers Energy Capital swapped their holdings into the a majority equity stake, while private equity sponsor Avista Capital Partners kept a small slug of ownership, the people said. Gas prices have since increased, and Laredo’s inventory is poised to benefit from the burgeoning demand in Europe, according to the people.

Representatives at Laredo and Chambers didn’t respond to requests for comment. Riverstone and Avista declined to comment.

U.S. natural gas futures slumped to around $8 per million British units after a fire broke out at a Texas export terminal on Wednesday, threatening to leave supplies stranded in the states. Earlier, prices were at 13-year highs amid soaring demand and growing supply concerns.