(Bloomberg) — Inflation in the oil sector is worsening and industry executives see no reason to expect cost pressures on everything from steel pipe to frac sand to ease any time soon. 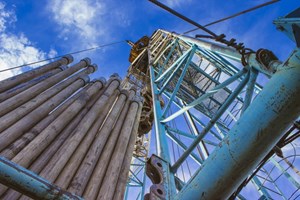 The price spiral has been so swift and dramatic that oil CEOs are being forced to revise annual spending plans higher just to preserve crude and natural gas output targets.

Those same executives are warning that rampant oilfield inflation make any significant increase in domestic oil production much more difficult to attain despite the incentive of $100-a-barrel crude. Benchmark U.S. and international oil prices have surged more than 40% this year as strong post-pandemic demand crashed headlong into anemic growth in crude supplies and the worldwide market dislocations triggered by Russia’s invasion of Ukraine.

“Given the substantial supply-chain bottlenecks and scarcity of oil-service equipment and field personnel, any attempt to increase activity in the U.S. will be logistically challenging and capital inefficient,” APA Corp. Chief Executive Officer John Christmann said during a conference call on Thursday.

APA Corp., the oil explorer formerly known as Apache, this week raised its full-year drilling budget by 8%, startling investors unaccustomed to such revisions just months after the plan was minted. The stock plunged as much as 10%, wiping out more than $1.5 billion in market value in less than three hours on Thursday.

ConocoPhillips also increased its spending plan by 8%, while Murphy Oil Corp. and Laredo Petroleum Inc. raised theirs by 7% and 6%, respectively.

The inflationary trend has hit every corner of the oil exploration and production cycle. Drillers said they’re experiencing sticker shock on everything from rigs and workers to diesel fuel and frack sand.

Shale giant Continental Resources Inc. said the price of steel tubes used to line the interior of oil wells jumped about 7% in the month of March alone. Meanwhile, another shale specialist, Coterra Energy Inc., noted that it can take as long as two years to take delivery of pipes, compressors and other production equipment.

Both companies said their drilling and production costs are up 16% to 20% from last year. That represents an acceleration from earlier this year, when the sector was bracing for cost hikes in the 10% to 15% range.

“I think it’s here with us for a while,” ConocoPhillips CEO Ryan Lance said on inflation during a conference call. “I don’t think it’s transitory and we’re going to have to deal with it.”

Hess Corp. is raising its capital budget by as much as $100 million this year, in large part because of a 7% increase in drilling and fracking costs in the Bakken Shale region of North Dakota.

“I just think it’s going to be tough to hit” some of the Wall Street forecasts for oil-supply growth, Sheffield told investors. “It makes me even more bullish about some of the oil-price numbers that are out there.”

Shale executives are trying to minimize the pain from rising costs by ordering supplies earlier and trying to shave per-unit expenses by doing things like drilling longer lateral wells.

“We are pre-ordering a lot of stuff for 2023, which is just remarkable given the extension in lead time between order and delivery,” Coterra Chief Executive Officer Tom Jorden told investors and analysts. “Although we are pushing back with operational efficiencies, inflation is putting pressure on our capital guidance range.”