(WO) – At the Annual General Meeting of the International Association of Drilling Contractors (IADC) last week in New Orleans, it became clear from various speakers that publicly held operators continue to utilize technology to improve their efficiencies and bottom lines. In conjunction, they are pursuing careful paths forward in expanding their E&P activity levels, mindful that they must continue to demonstrate improved shareholder returns. What follows are a couple of specific operator approaches, along with additional developments out of IADC. 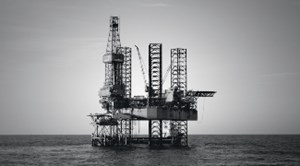 Apache’s approach. On IADC’s first day (Nov. 3), Apache’s (APA Corp.) V.P. for Drilling, Completions & Workovers, Rana Roy, explained his firm’s approach during a luncheon keynote presentation. “The message from the C-suites remains clear,” stated Roy, “continue capital discipline and keep delivering good returns to shareholders.” He noted that his time with Apache started in December 2014, having come over from Chevron. “Apache was running 94 rigs then, but now, the company runs 45. I think our activity and number of rigs running will never get back to the 2014 level. We are just running too efficiently.”

For those worried about the future of oil and gas, Roy had some reassuring words. “We think demand for oil and gas will be there for decades to come,” he stated. “How we get there sustainably will be a challenge. The big challenge I see is how we maneuver through ESG. At the same time, I don’t think we should be apologizing for what we do.” Roy went on to explain that he thinks the industry should mimic the approach of Scott Tinker, director of the Bureau of Economic Geology at The University of Texas (Austin). He said that Tinker tells the general public that the industry saves lives through better, more dependable energy, and improves people’s standard of living.

Looking at activity levels, Roy said that Apache is running five rigs onshore in the U.S. and is also one of the biggest investors in Egypt. “Our most active basin is Egypt,” he explained. “The challenge there, to me, is efficiency. Egypt is very busy, and we have trouble keeping our workforce. That will be a very busy basin for some time to come.” He added that better employee retention would help with improving efficiencies in that country.

In Suriname, activity is progressing, he confirmed. “Suriname is a good experience. It’s very good to work with them (government officials).”

Despite all the good news, Roy is concerned about drilling efficiencies moving forward. “Maybe in the last year, the improvement in number of wells drilled per rig has taken a pause,” he mused. “So, we’re going to need more technical advances to improve that rate [of improvement].”

ConocoPhillips’ strategy. Meanwhile, on Nov. 4, David Forbes, General Manager of Global Wells at ConocoPhillips (COP), gave his thoughts in a featured address during the breakfast session. Setting the background for his company’s performance, Forbes noted that “we’re the largest independent oil and gas company, we’re in 13 countries, we have 9,400 employees and produce about 1,692,000 boed, with 58% of that in the Lower 48. We’re operating 32 rigs globally and anticipate a similar number in 2023.”

Forbes said that one of his firm’s mantras is “drilling for the future.” Accordingly, ConocoPhillips is leveraging technology and collaboration to achieve high performance in the field. He added that safety is a top priority for the company. Other priorities include innovation as an accelerator; learning team culture—work as planned vs. work in practice; and high performance through automation. On the latter item, Forbes noted that about 40% of the company’s rigs in the U.S. and Canada have some form of automation. And on the second item, he said that innovation is being used to mitigate risk and reduce emissions.

Another technical advancement he touted was ConocoPhillips’ use of a very large, advanced rig to conduct extended-reach drilling in Alaska. The unit can drill 40,000+ ft and can access 60% more from a well pad than more traditional rigs.

Rig Census/Contractor of the Year. Also discussed during the Friday breakfast session was NOV’s Annual Rig Census, conducted in conjunction with IADC. Joe Rovig, President of the Rig Technologies & Aftermarket Group at NOV, revealed that the total available U.S. rig fleet in 2022 totals 1,640 units, down 23 (-1.4%) rigs from last year’s 1,663. However, on the positive side of things, the active portion of the fleet has climbed to 893 units, up 244 rigs (37. 6%) from 2021’s count of 649. Thus, overall utilization has improved from 38% in 2021 to 54% this year.

Also on the agenda was the announcement of this year’s IADC Contractor of the Year. The award for 2022 goes to Paul Mosvold, President and CEO at Scandrill Inc. This annual award recognizes an individual contractor’s outstanding lifetime achievement in technical innovation, safety, and economic efficiency within the drilling industry. The award is the only one reserved exclusively for drilling contractors. All recipients of the Contractor of the Year award are nominated and selected by other drilling contractors, who are IADC members. And, as noted during presentation of this award, an award winner must be an IADC member for at least 10 years.

In 1982, Mosvold began his oilfield career as a roustabout and roughneck on the Scandril, a posted barge rig, prior to attending Houston Baptist University, where he earned a BBA degree. In 1995, he spent two years as operations manager for a small independent shipping company, traveling extensively in the Middle East, India, and South America. Mosvold returned to Scandrill in 1997 as marketing manager. Later, he became Vice President of HSE until January 2014, when he ascended to the President and COO positions. Mosvold is an IADC Executive Committee member and North American Onshore Advisory Panel member.