(Bloomberg) — Poland introduced compulsory administration over Gazprom PJSC’s stake in the company that owns the local part of the Yamal-Europe gas pipeline, tightening the government’s grip over Russian assets in the country. 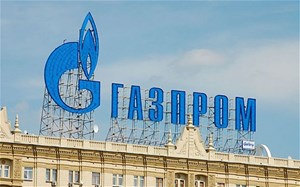 The Development Ministry is taking over the Russian exporter’s share in EuRoPol Gaz SA, it said on the website. Gazprom held 48% of the firm, with Polish state companies owning the remainder. The “temporary” measure was necessary to facilitate decision-making at the company, according to the ministry.

“In the current stalemate in EuRoPol Gaz, the Polish operator of the pipeline didn’t have a partner to make key decisions for the security of the infrastructure,” the ministry said.

One of three major gas routes from Russia to Europe, the Yamal pipeline used to deliver the fuel through Belarus and Poland into Germany. But flows had been intermittent since late last year, and in May Russia prohibited Gazprom from any cooperation with EuRoPol Gaz, shortly after Gazprom stopped flows to Poland altogether when Warsaw refused to pay for the fuel in rubles.

The link has been delivering gas in so-called reverse mode most of the time since then, shipping volumes eastward from Germany to Poland.

Earlier this year, Poland imposed sanctions on and froze assets of dozens of Russian companies and individuals, including Gazprom, following Moscow’s invasion of Ukraine. Russia, in turn, has sanctioned companies with an interest in assets such as Yamal, including EuRoPol Gaz.