(Bloomberg) — Chesapeake Energy Corp. said its assets in the Eagle Ford Shale have drawn a “tremendous amount of interest” as the U.S. company pursues a sale in order to become a pure-play natural gas producer. 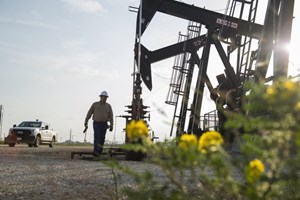 The company has fielded data requests from prospective buyers, and the process could result in all the assets being sold to a single buyer or broken up and sold piecemeal to multiple buyers, Chief Executive Officer Nick Dell’Osso said in an interview in New York Tuesday.

Chesapeake, which was co-founded by Aubrey McClendon and became one of the widely known US shale operators, announced its intention to sell the operations last month. The planned divestment, which comes less than two years after the company exited bankruptcy, would further undo some of the acquisitions made by previous management and mark a retreat from oil.

“When we think about the Eagle Ford today, it’s a great asset that generates a lot of free cash flow,” Dell’Osso said. “So, it’s a process that we can be really patient about how we approach a sale. We think how our shareholders will benefit from the simpler strategy that our company will have.”

Dell’Osso said natural gas has a longer runway as a fuel than crude oil amid the current global energy crisis and the transition to cleaner fuels. He said proceeds from the Eagle Ford assets will be returned to shareholders in the form of dividends and via stock buybacks.

Once the divestment is complete, Chesapeake will become a 100% dry-gas producer for the first time in its history, with leases in the Marcellus Shale of Pennsylvania and the Haynesville Shale of Louisiana, the nation’s two largest gas fields. That process has already been in motion since its emergence from Chapter 11, with Chesapeake using fresh capital to buy Marcellus-focused Chief E&D Holdings LP earlier this year and Haynesville player Vine Energy Inc. in 2021.

Dell’Osso spoke just before EQT Corp., the largest US gas producer, confirmed its $5.2 billion acquisition of a closely held rival in the Marcellus. The Chesapeake CEO said his company would only seek to make acquisitions in the Marcellus and Haynesville.

“When there are things for sale in the basins where we have a strategic position and we’re a great operator, we’ll pay attention,” he said.

Chesapeake’s stock has gained 53% this year, boosted by the rally in natural gas prices to a 14-year high amid a global squeeze exacerbated by Russia’s invasion of Ukraine. The US benchmark Henry Hub price dropped 2.6% to $7.94 per million British thermal units as of 10:37 a.m. in New York on Wednesday, 74% higher than a year ago.

But despite such elevated prices, and even as many earlier hedging obligations are set to roll off its books during the first quarter of 2023, Dell’Osso said Chesapeake will continue to hedge half of its gas production in order to guarantee spending commitments. The company will use a “fairly wide collar structure,” he said.

With natural gas in Europe and Asia trading as much as eight times higher, Dell’Osso said Chesapeake is seeking exposure to international prices, possibly via US liquefied natural gas exports.

“A company like ours can benefit from a diversification in pricing,” Dell’Osso said. “That would mean that we are open to seeking contracts that are priced on a TTF or JKM or international index,” he said, referring to price benchmarks in Europe and Asia respectively.