Op-ed: Oil and gas is the right solution for Uganda

With the world now practically unanimous about the need for more sustainable energy solutions, the idea of what exactly these solutions should be is coming into sharper focus. 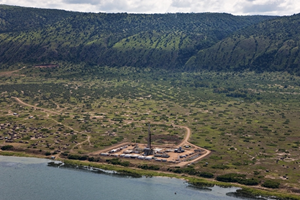 African energy players are making the point that their countries are at a vastly different stage of their development journey compared to industrialized nations. For this reason, meeting their people’s needs while reducing emissions will look completely different in Africa.

The traditional wisdom that hydrocarbons constitute the worst “dirty energy” solution is inaccurate. In Uganda, where basic energy needs are often met via tree cutting, improving access to energy from fossil fuels would reduce carbon impacts.

Africa’s role in global carbon emissions is minuscule. Environment, Health, Safety and Security Director for the Petroleum Authority of Uganda, Dr. Joseph Kobusheshe, points out that Africa, the second most populous continent and home to about 20 per cent of the world’s population, is responsible for just 3 per cent of the global CO2 emissions.

As a country, Uganda suffers from energy poverty. In the absence of a large industrial sector and universal electricity access, most of the country’s greenhouse-gas emissions are caused by deforestation.

In the decade between 2005 and 2015, the country’s carbon emissions nearly doubled from 53 to 90mT, says Dr. Kobusheshe, and forest degradation and deforestation were mostly responsible for the increase.

According to the 2019 Uganda First Biennial Update Report to the United Nations Framework Convention on Climate Change, Uganda’s Agriculture, Forestry and Other Land Uses (AFOLU) sector are responsible for 86 per cent of the country’s greenhouse gas (GHG) emissions. For this reason, Uganda’s most effective approach to lowering its carbon emissions is to focus on using traditional wood-fired cooking stoves. Interventions by the Ministry of Water and Environment are looking to achieve a 25 per cent reduction in GHG emissions by 2030 by replacing conventional cooking stoves with improved stoves.

“Production of LPG from the country’s oil and gas resources and its use both in the country and in the region will significantly reduce dependency on wood fuel, which is responsible for massive deforestation in Uganda,” says Dr Kobusheshe.

To increase the use of LPG, the Government, through the Ministry of Energy and Mineral Development (MEMD), is promoting the uptake of LPG to replace firewood and has launched an initiative to distribute one million LPG cylinders and accessories in the next five years. The Minister of Energy and Mineral Development, Hon. Ruth Nankabirwa Ssentamu launched the distribution of free LPG cylinders and accessories in July 2022.

The reliance on wood fuel underscores the massive underdevelopment and energy poverty faced by Uganda and many other African nations.
When commercial quantities of oil and gas resources were confirmed in Uganda in 2006, the country embraced an opportunity to resolve and lift its people and economy out of this underdevelopment trap.

Uganda is planning to commercialize its oil and gas resources in two avenues: the development of a 60,000-barrels-per-day refinery in Hoima and a 219,000-barrels-per-day capacity. Uganda intends to commercialize its oil and gas resources through two avenues: gas resources emanating from the Tilenga and Kingfisher projects. They produce an estimated total of 1.4 billion barrels of oil. The East African Crude Oil Pipeline (EACOP), as it is known, will also export oil to international markets.
The project has drawn vociferous protests from environmentalist groups, including one which disrupted the TotalEnergies AGM in Paris earlier this year.

The Government of Uganda, however, insists on its right to commercialize its energy assets for the benefit of its people while following the most stringent environmental standards available.

“EACOP is one of the avenues by which Uganda plans to commercialize its oil and gas resources,” says Clovice Bright Irumba, Director for Exploration, Petroleum Authority of Uganda, before going on to ask the question, “Is the world ready for a full stop to the exploration and development of fossil fuels?”

“The world is still far from closing that gap by 2050,” says Irumba.

Irene Bateebe, the Permanent Secretary of Uganda’s Ministry of Energy and Mineral Development, says developing countries need to be treated differently and fairly when it comes to matters of the energy transition. “We cannot be put at the same scale as the developed countries. It is unrealistic for anyone to expect an African state to leapfrog from using biomass to advanced renewable technologies.”

“In Uganda, 80 per cent of the population uses firewood. We should be allowed to transit in recognition of where we are today. For us, it is about fairness regarding access to electricity and other energy sources and equity,” says Bateebe.

The war in Ukraine has only exacerbated the situation. Clearly understanding this, global oil and gas firms have expanded development projects across the planet.
Abu Dhabi’s National Oil Company announced in May 2022 three new oil discoveries estimated at over 650 million barrels. Equinor has announced a new Barents Sea oil discovery. The UK’s North Sea Transition Authority has identified 33 new oil and gas projects targeting the production of 1.3 billion barrels. President Biden has issued a slew of oil drilling permits in the United States but still faces an energy crisis.

The global agreement appears that upstream fossil fuel development is vital to meeting the planet’s energy needs. Pipelines are also the accepted means of doing so.

Al Jazeera recently reported that at least 2,381 oil and gas pipelines were operating worldwide across 162 countries. Of these, the USA has the longest network of pipelines – 91 067km for oil and 333 366km for gas – followed by Russia, Canada and China.

The proposed EACOP pipeline would cover a stretch of 1 433km – around 0.1% of the world’s pipeline network.

Pipelines are an accepted method of transporting the hydrocarbons that are still needed to meet the world’s energy needs. Strenuous safety and environmental standards now protect communities and minimize the climate and other operations of the extraction.

Uganda’s upstream proposes minimizing environmental impact by drilling up to 15 wells from a single well pad and equipping buried pipelines with leak detectors and valves to shut down in case of abnormalities automatically. No flaring or venting of oil or gas would be permitted during normal operations. Overall, the projects fall within the category of “low emission."

“Government has put in place a robust policy, legal and institutional framework, together with a monitoring and compliance enforcement framework to ensure oil and gas activities co-exist with the environment and social wellbeing of communities,” writes Dr. Kobusheshe.

Perhaps ironically, the oil and gas industry appear to be part of the solution to reducing greenhouse-gas emissions in Uganda. While the EACOP project has drawn the ire of environmentalists, the country remains committed to unlocking the same hydrocarbon bounty that serves the needs of other countries. Many emerging African energy players discern this spirit of responsible energy sovereignty. The sector convenes in October at Africa Oil Week.

“Until renewables become more efficient, reliable, and affordable to provide the needed energy security, the world is not yet ready to stop the exploration and development of fossil fuels,” said Dr. Kobusheshe.