(Bloomberg) — Liz Truss won the bitter race to succeed Boris Johnson as UK prime minister, and will take power with the country facing brutal economic headwinds that threaten to plunge millions of Britons into poverty this winter. 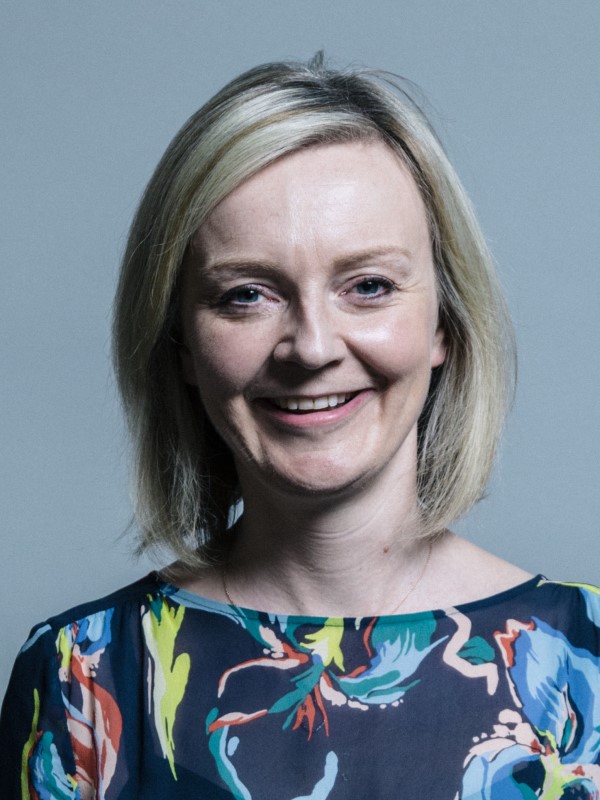 The foreign secretary, 47, emerged victorious on Monday after a two-month Conservative Party leadership contest that started with 11 candidates and concluded with a runoff against former Chancellor of the Exchequer Rishi Sunak. She defeated him by 81,326 votes to 60,399 in a ballot of party members -- a narrower margin than polls had projected, illustrating the challenge she’ll face in trying to unite the party -- and will now become Britain’s third female prime minister.

Truss inherits a forbidding in-tray, with the UK facing surging inflation, a potential recession and a record squeeze on living standards spurred by soaring energy prices. Markets have been flashing red through August, with the pound, gilts and corporate bonds seeing their biggest sell-offs in years.

The foreign secretary enjoyed double-digit leads over Sunak in polls of Tory members. That meant a Truss win has been anticipated for weeks, with markets reacting to her promise to tackle the cost-of-living crisis through tax cuts, and foreign capitals bracing for her combative brand of diplomacy.

Truss won’t take power until Tuesday, when she visits Queen Elizabeth II in her Scottish castle to be formally appointed, shortly after Johnson also meets with the monarch. Truss is then expected to return to No 10 Downing Street to give a speech to the nation, before appointing members of her cabinet.

Truss’s daunting challenges include fixing a National Health Service on its knees after the Covid-19 pandemic, overcoming industrial discontent and strikes in areas such as education and transport, and navigating a fraught relationship with the European Union that could yet descend into a trade war.

In Edinburgh, Nicola Sturgeon’s Scottish National Party is demanding an independence referendum that threatens to break up of the United Kingdom.

Truss’s immediate priority will be to quickly flesh out plans to help struggling households cope with soaring domestic energy bills that this winter are set to be triple last year’s level. She’s pledged an emergency budget in her first month in office, probably before Parliament breaks for recess on Sept. 22.

Truss has vowed to help Britons by scrapping a 1.25 percentage point uplift in National Insurance, a payroll tax, and slashing green levies from energy bills, saving an annual £150 per household. Yet she’s refused to give specifics on how she’ll help pensioners and the lowest earners, saying that will be for the new chancellor to announce. It’s likely to be Kwasi Kwarteng, the current business secretary, a longstanding ally and ideologically aligned with Truss.

As well as help for households, measures could include a business rates cut for small- and medium-sized businesses, which aren’t protected by a regulatory price cap on domestic energy bills and have been calling for assistance.

Other pledges made by Truss during the contest include scrapping next year’s planned rise in corporation tax to 25% from 19%, a vow not to bring in any new taxes, and specifically ruling out any new windfall taxes on energy profits to finance help for households, even as a Treasury analysis estimates the sector generating as much as £170 billion of excess profits over the next two years.

The foreign secretary appealed to the right wing of her party through her libertarian, free-market philosophy and a pledge to immediately cut more than £30 billion in taxes. Even though she’s the longest continuously-serving member of the cabinet, she’s successfully branded herself as the candidate for change who will break with what she calls the economic orthodoxy.

But her plans have led to warnings from Sunak and economists that she risks further stoking inflation that’s already at a four-decade high. With demands on the public purse rising, and Truss ruling out new taxes, she’s likely to need to lean on extra borrowing to fund her promises.

Sunak, who was sat alongside his rival as the result was read out, had dismissed her plans as “fantasy economics.” Truss sought to salve some the wounds from the campaign by offering praise to the former chancellor who has said he won’t serve in her government.

Still, the margin of victory was far smaller than Johnson’s in 2019, and having secured only 113 votes in the final ballot of Tory MPs before the position was put to members, Truss will have to deal with a divided party even as she tries to tackle the multiple political and economic challenges.

“We’ve got to unite,” Penny Mordaunt, a leadership rival who eventually backed Truss in her runoff with Sunak, told Sky News on Monday. “The mood in the party is to do that. She will be able to hit the ground running.”

On the international scene, Truss will have to grapple with the status of the Brexit deal governing Northern Ireland, and the UK’s deteriorating relationship with the European Union as a result of her own bill to override it. She’s said she will continue to take a hard line against Russia following its invasion of Ukraine, and has promised to crack down on Chinese investment in the UK.

The City will also be watching how she follows through on proposals to review both the Bank of England’s mandate and the UK’s financial watchdogs, and a promise to scrap all EU regulation by the end of 2023 including Solvency II and MiFID II rules.

The UK’s fourth prime minister in just over six years will also have to fix her party’s standing with the electorate after a series of damaging scandals under Johnson, followed by government paralysis this summer as she and Sunak traded blows in their acrimonious battle for the leadership.

The Conservatives trail the Labour Party in national polls and have suffered heavy special election defeats in recent months, both in their traditional southern and rural heartlands and in parts of northern England Johnson won from the main opposition in 2019.

That year, the Conservatives secured their biggest parliamentary majority since 1987, before the electoral magic started to desert Johnson. In her speech, Truss hinted she won’t seek a new mandate from voters until 2024 when she promised a “great victory” for the Conservatives.