(Bloomberg) — The Rosebank oil and gas project could lead to an investment of £4.1 billion ($5 billion) in the UK and create more than a thousand jobs if it goes ahead, according to Equinor ASA. 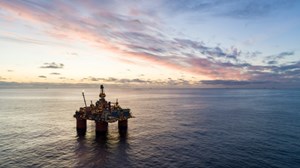 The Norwegian state-controlled company that is leading the development hasn’t taken the final investment decision, but sees a strong economic case for the field, according to its head of UK and Ireland Arne Gurtner.

Government projections show that “there will be substantially less production in the UK continental shelf than demand,” Gurtner said in an interview with Bloomberg on Friday. “In that sense, Rosebank is a valuable addition to bolster local supply.”

At the peak of its construction phase, Rosebank would employ over 1,600 workers, he said.

The future of Rosebank, and other untapped offshore oil fields, has been called into question since UK the government introduced an additional 25% tax on the industry’s profits in response to the cost of living crisis. The energy profits levy, as it is called, also includes an investment allowance that allows firms to recoup tax on new projects.

Equinor is assessing the impact of the EPL “very carefully,” as it would with any project around the world, Gurtner said. The new tax will be considered when the company nears the final investment decision next year, he said.

“Of course that will form a very, very important part of the economic investment,” Gurtner said.

The project, located west of the Shetland Islands, is not due to start pumping oil and gas until 2026. Daily production of 70,000 barrels of oil and 21 million cubic feet of gas, planned for 2027, would make it one of the largest fields in the UK.

The waters west of Shetland are less developed than the bulk of the North Sea, which has seen production shrink over the past two decades as resources dwindled and major players from the region diverted their spending elsewhere. New developments have also come under intense scrutiny, with the nearby Cambo project becoming a lightning rod for environmental protest.

Gurtner wouldn’t be drawn into whether there could be similar opposition to Rosebank, saying only that “we can control what we can control.”