(Bloomberg) — Chesapeake Energy Corp. plans to exit the Eagle Ford Shale of South Texas while doubling down on two other natural basins as the energy company focuses on natural gas production while retreating from oil. 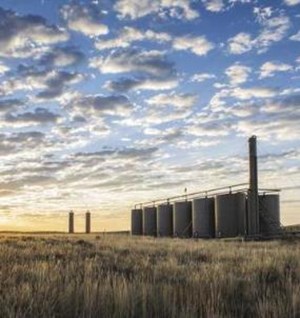 The company, which was co-founded by Aubrey McClendon and became one of the best-know US shale operators, plans to increase its drilling budget for the Haynesville shale in Louisiana during the second half and into 2023. The company said it will also focus on the Marcellus shale in the northeastern US.

It’s the latest strategic shift for Chesapeake, which emerged from bankruptcy in February last year and has since ridden a wave of surging gas prices. The Oklahoma City-based company on Tuesday reported second-quarter net income of $1.24 billion compared with a $439 loss a year earlier.

Chief Executive Officer Nick Dell’Osso told investors the divestment of its Eagle Ford assets “will not be a fire sale” and may comprise multiple transactions. Those sales are expected to generate billions of dollars of proceeds that will be used to boost the company’s plans to return capital to investors.

“While the Eagle Ford is a strong asset, as we look to the future, it simply does not compete today with the exceptional returns, rock and runway of our gas assets,” Dell’Osso said Wednesday on the company’s earnings conference call. “The Eagle Ford has become non-core to our future capital allocation strategy and we believe that we will be a better company if we focus all of our resources, both capital and human, on the Marcellus and Haynesville.”

Chesapeake had bulked up in the oil-rich Eagle Ford under previous management teams and prior to bankruptcy. But the comments from Dell’Osso aren’t the first indication it was looking to reverse that expansion. Chesapeake was working with advisers to sell Eagle Ford assets for as much as $2 billion in April 2021, people familiar with the plan told Bloomberg News at the time.