Block Energy plc, an exploration and production company focused on Georgia, announced the commencement of Project II of its three-project strategy, which will re-develop the Patardzeuli Middle Eocene reservoir. 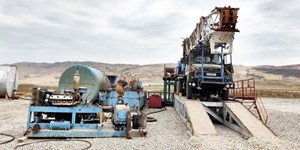 The project includes the drilling of well JSR-01DEEP by September, Block Energy said. The well will be self-funded using the cash generated from operations.

Well JSR-01DEEP involves the deepening of the existing well JSR-01, which was drilled by a previous operator in 2013, in the Patardzeuli oil field in Block XIB. The original JSR-01 well penetrated only the upper 55 meters of the Middle Eocene reservoir, which is over 600 meters thick in Patardzeuli and has produced over 100 MMbbls oil. JSR-01DEEP will target an undrained part of the Middle Eocene reservoir, with placement of the well-path guided by 3D-seismic data attributes that indicate a zone of fracture corridors. This strategy was employed successfully at JKT-01Z in the West Rustavi-Krtsanisi field. Well JSR-01DEEP is the first of a series of wells that will deepen or side-track the existing 50 legacy wells in order to develop areas of undrained oil.

Materials and equipment required for the drilling of JSR-01DEEP are in Georgia and preparatory operations have commenced.

“Commencing Project II with the drilling of well JSR-01DEEP, located within what has been the most prolific licence area in Georgia, represents the beginning of an exciting period for Block,” Block Energy CEO Paul Haywood said. “The roll-out of the company’s strategy, as outlined through recent announcements, is a program that we hope will deliver material production growth and further cash. Project II is being funded using the cash generated from current operations and will run concurrently with Project I, which includes a program of five wells ready for development finance.”