Tankers that carried Iranian oil are switching to Russian crude 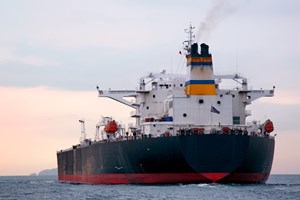 Eleven of the tracked ships that previously carried Iranian crude have loaded Russian oil and products since April, accounting for 16 loadings in that period, according to a note dated July 21. Most of the vessels are smaller aframaxes, which can typically haul 730,000 barrels, the analytics company said.

“As more companies scale back from carrying Russian crude and products, those familiar with the sanctioned crude trade will continue using their tankers to assist Russia in exporting oil East of Suez,” Armen Azizian, a crude market analyst at Vortexa, said in the note.

Russian shipments climbed to 250,000 barrels a day in the first half of July, an increase of 170,000 barrels a day from April, Vortexa said. Vessels also include very-large crude carriers, which can haul about 2 million barrels, it added.

There’s a growing number of oil tankers turning off their satellite transponders and carrying out ship-to-ship transfers of Russian Urals in the Atlantic, Vortexa said. Known as going dark, the method is often used to mask the loading or unloading of cargoes. Of the 14 VLCCs and aframaxes that have gone dark in recent weeks, five of them have previously moved Iranian crude.

As more shippers and insurers turn away from handling Russian oil after its invasion of Ukraine, the remaining tankers still willing to handle such sensitive deals are able to charge higher prices.