As the White House and Congress weigh policy levers to provide relief to consumers from rising gas prices, a proposed ban on petroleum exports has become part of the discussion.  A new study released by the American Council for Capital Formation examines the short-to-medium term logistics, pricing, and economic impacts of a complete ban on U.S. petroleum product exports.  It concludes that a petroleum product export ban would result in forced U.S. refinery closures which would increase product prices in the global market as buyers of U.S. exports bid up the price of fuel from alternate sources.  As a result, U.S. gross domestic product (GDP) would fall more than $44 billion in 2023 and more than 110,000 jobs would be lost by the end of 2023. 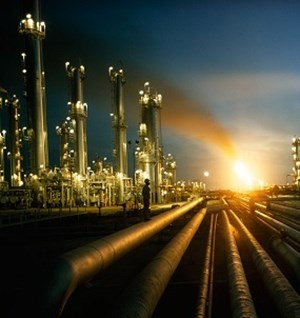 “Lawmakers are understandably looking at a number of options to help relieve pain at the pump experienced by U.S. consumers,” said ACCF Senior Vice President of Energy and Regulatory Policy Kyle Isakower.  “But a ban on petroleum product exports is the wrong solution and will in fact lead to higher pump prices for most Americans and have severe economic consequences including the elimination of thousands of domestic jobs.”

Key findings in the ACCF Study include:

The ACCF study also notes potential impacts of an export ban on the geopolitical climate as countries in the Americas, who are the primary recipients of U.S. exports, turn to other sources including Russia for alternative supply.  Many of these countries are developing nations with low to middle income levels that will be highly sensitive to price increases.

“Economic pain will be felt here domestically but also abroad.  The U.S. was the top refined exporter in the world in 2021, followed by Russia and India.  Most U.S. exports go to allied countries and trading partners in the Americas,” Isakower said.  “Loss of supply from the U.S. will leave many countries with no choice but to turn to Russia and other sources for energy, which would negate the economic pressures applied over the Ukrainian conflict.”