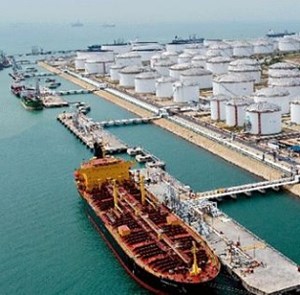 The bipartisan U.S. Senate bill, called the Iran Nuclear Weapons Capability Act of 2022, seeks to compel the government to assess the dangers posed by Iran and come up with a strategy to deal with them. It was introduced as Biden’s Democrats prepare to fight to retain their control over the legislative branch of government at November’s mid-term elections.

The timing means it’s likely to garner wide cross-aisle support especially as opposition to the atomic accord with Tehran has been one of the few areas of agreement in Congress since it was finalized in 2015.

“Iran regards the U.S. and its institutions as one unified unit and any unconstructive measure by the US government will naturally affect the course of talks, and the Islamic Republic will adjust its actions accordingly,” Iran’s Foreign Ministry spokesman Nasser Kanaani said Wednesday in response to Bloomberg questions.

The multiparty agreement unraveled after then-President Donald Trump withdrew the US four years ago and reimposed sweeping penalties on the Iranian economy.

Iran responded by enriching uranium to levels near those needed for nuclear weapons, alarming US allies including Israel and Arab Gulf states. Talks to revive the accord have stalled, most recently over a Trump-era terrorist designation on Iran’s elite armed forces.

“There is no reason why the US Congress should not receive the most up to date information about Iran’s nuclear and ballistic missile activities,” Menendez said late Tuesday in an emailed statement. “No matter what happens with the Iran nuclear negotiations, we must monitor the Iranian nuclear program like a hawk,” Graham added.

The law would require the Biden administration establish a task force that would be required to integrate intelligence from Israel -- Tehran’s leading regional foe -- and report updated assessments of Iran’s nuclear capabilities every 120 days. If passed and signed into law, the legislation would also force the White House to outline US diplomatic and military plans to counter Iranian threats.

“The bill’s requirement for the Biden administration to submit a comprehensive diplomatic strategy is essential as it reflects the need for the US to have an Iran policy that is not solely defined by the failed Joint Comprehensive Plan of Action,” said deal opponents at the advocacy group, United Against Nuclear Iran, in an email that referred to the formal name of the nuclear accord.

The US legislation was introduced amid attempts to restart another round of diplomacy aimed at reviving the Iran deal, which gave the Islamic Republic sanctions relief in exchange for caps on its nuclear work.

Resurrecting the accord could see the return of major Iranian oil exports to stretched global markets. Biden warned last week in Israel that the his administration won’t wait forever to get back into the deal.

European Union foreign policy chief Josep Borrell is “following-up on preparations for the next round of talks,” Iran’s Kanaani said in Tehran. “There’s no fundamental problem for an agreement except that the Americans need to make a political decision.”

Most of the nuclear information demanded by the proposed law is already published in quarterly reports issued by International Atomic Energy Agency inspectors, who still have on-the-ground access to key Iranian nuclear sites despite new remote-monitoring restrictions. Potentially politicizing that information with spy data is a flashpoint for nonproliferation analysts.

“Adding intelligence assessments to the findings of the IAEA would serve to undermine the integrity of the agency’s reports as well as its independence,” said Tariq Rauf, the IAEA’s former nonproliferation policy chief.

“The legislation runs the risk of damaging the international nuclear verification system by second guessing the IAEA, whose inspectors are the only ones that can carry out on-site intrusive inspections.”

The IAEA said it had no comment on the proposed Senate bill or its impact on monitoring in an email reply to questions.