(Bloomberg) — More U.S. shale producers should aim for net-zero emissions, while drillers that have already made climate pledges need to set more aggressive timelines to reach their goals, according to investor Kimmeridge Energy Management. 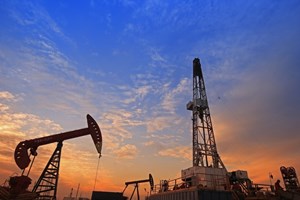 The U.S. oil industry should push to eliminate carbon emissions by 2030 and offer more consistent data for easier comparison among companies, Kimmeridge said Thursday in a white paper. The firm counted 13 oil and natural gas explorers that have established net-zero targets, with varying definitions and timelines ranging from now to 2050, according to the report.

“We have a carbon problem, not an oil and gas problem,” Ben Dell, co-founder and managing partner of Kimmeridge, said in an interview. “If we can get our oil and gas product to have no carbon footprint on a net basis, and debate how you measure it and the merits, then there’s no reason we shouldn’t use it.”

Kimmeridge has advocated for improved environmental stewardship and greater consolidation in the shale industry, and has called for restraint on executive pay. The firm owns a stake in Civitas Resources Inc., a Colorado oil producer that said last year it had acquired enough credits to cover emissions from its own operations and the power and heat its uses, classified as Scope 1 and Scope 2.

The paper doesn’t address timelines for offsetting so-called Scope 3 emissions from customers, which typically make up the bulk of a company’s carbon footprint.

Dell is frustrated with the limited number of companies that have announced net-zero targets, and said investors should reward producers for setting emissions goals.

“To me, this is the next obvious thing the industry has to do to remain relevant and to remain investable,” he said.