Biggest private oil producer in the U.S. not for sale after founder’s death

(Bloomberg) — Mewbourne Oil Co., the largest private oil producer in the U.S., said it will remain in the hands of its controlling family after the recent death of its eponymous founder. 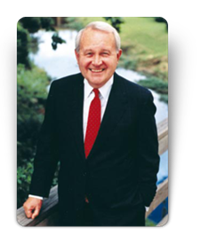 Curtis Mewbourne, who started the company 57 years ago and helped to grow it into one of the most active drillers in the nation, passed away in June.

“His family owns a hundred percent of the company, and it’ll remain that way in the years to come,” Mewbourne President and Chief Executive Officer Ken Waits said in an interview.

His remarks come as a wave of consolidation radically reshapes the shale patch. Mewbourne, which controls choice acreage in the lucrative Permian Basin and runs as many rigs as supermajor Exxon Mobil Corp., would be an attractive candidate for a takeover as large producers -- flush with cash from surging oil prices -- seek out mergers and acquisitions to beef up their inventories of top-tier wells.

Waits insists the Tyler, Texas-based company is not for sale -- but said it is in growth mode. Mewbourne added roughly 100,000 barrels a day of oil supply in the past year – equivalent to about 20% of total U.S. growth.

And it isn’t reining in its growth plans because of sky-high inflation or market volatility.

“We tend to make very long term plans,” said Waits, who has helmed the company for 10 years. “What you saw from us for 57 years is what you’ll see going forward.”

That makes Mewbourne an outlier in the shale landscape, where publicly traded producers are limiting production growth to maximize shareholder returns and while private operators are expanding output in hopes of getting bought out by their larger public rivals.

“Our scale matters right now,” Waits said. “The company has never been better positioned for success.”