(Bloomberg) — The U.K. government got together with Shell Plc in London this week to talk up North Sea oil and gas, the latest sign of the country’s pivot back toward domestic fossil fuels since Russia’s invasion of Ukraine. 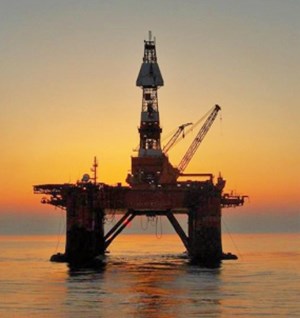 Comments by Shell CEO Ben van Beurden and UK Business Secretary Kwasi Kwarteng underscore the deep shift in energy policy. A government that was focused on renewables in the run-up to last year’s COP26 climate talks is now working to boost investment in oil and gas fields.

Regulators last week gave Shell approval to develop the Jackdaw natural gas field in the North Sea, having previously rejected the project on environmental grounds. The energy major also has a stake in the controversial Cambo oil development, which was put on ice last year amid climate protests.

“Responsibly produced, local gas plays an essential role in the U.K.’s energy security and the transition to net-zero emissions,” Van Beurden said in a speech to staff on June 7, the text of which was posted on Shell’s website.

Kwarteng, present at the event, said in a LinkedIn post that the UK has to be “realistic” about its energy needs in light of soaring commodity prices.

“We want to ensure we don’t squander the resources we are blessed with in the North Sea, because our oil and gas reserves will ensure our national security,” Kwarteng said.

Benchmark Brent crude is trading above $120 a barrel, about 70% higher than a year ago, while European gas prices have tripled in the period as the war in Ukraine stokes supply concerns.

Shell will move on with the Jackdaw project “as well as other similar ones,” Van Beurden said. “In fact, we have an interest in six of the UK’s 12 planned exploration wells.” The company aims to increase its oil and gas market share in the UK over the next eight years to 15% from 10%, he said.

That’s part of a wider commitment to invest as much as £25 billion ($31 billion) in Britain this decade, 75% of which will be allocated to cleaner sources of energy. Shell has won bids to build 5 gigawatts of floating wind off Scotland and is looking to develop a carbon-capture and hydrogen site in Aberdeenshire.

Despite the government’s more enthusiastic embrace of the oil and gas industry, there are signs of friction. The recent decision to slap a windfall tax on the oil and gas sector has brought future investment plans into question, with Shell insisting projects such as Jackdaw require a stable fiscal policy.

“We continue to look to the government for those assurances,” Van Beurden said.