Europe surpasses Asia as leading destination for US LNG exports

(Bloomberg) — Europe has dethroned Asia as the biggest destination for U.S. liquefied natural gas as the energy-starved region seeks to slash its dependence on Russian supplies. 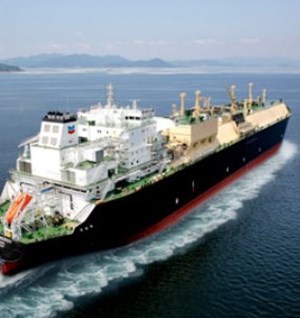 The U.S. sent nearly three quarters of all its LNG to Europe in the first four months of 2022, with daily shipments to the region more than tripling from last year’s average, the U.S. Energy Information Administration said Tuesday. Last year, the bloc was the destination for only a third of American supplies. The increase means the US now accounts for nearly half of Europe’s LNG imports, about twice the share seen in 2021.

The Biden Administration has vowed to boost supplies of the super-chilled fuel to Europe after the bloc decided to move away from Russian gas in response to the country’s invasion of Ukraine in February. Even before that, the region had already been struggling with a supply crunch that sent European gas prices skyrocketing to unprecedented levels. The prospect of higher profits encouraged American suppliers with contract flexibility to deliver more fuel to Europe at the expense of other destinations.

Asia, which had been the destination for nearly half of US LNG cargoes over the past two years, has seen volumes slip by half in 2022, the EIA said.

The US has also boosted overall LNG export volumes this year. Shipments of the super-chilled fuel surged 18% from 2021’s level to an average 11.5 billion cubic feet a day following a capacity increase at Sabine Pass and Calcasieu Pass terminals.