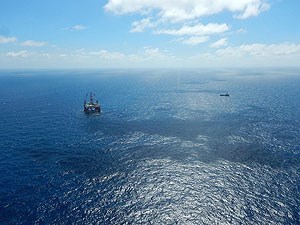 In a letter to President Biden, the signatories urged the administration to implement a new five-year program for federal offshore leasing as soon as possible.

“For the U.S. to continue to be an energy leader into the future, smart and effective energy policies are needed today. However, your administration’s policies have often hindered domestic producers’ ability to deliver on this growing demand. Oil and natural gas leasing on Federal lands and waters has essentially stopped, despite court orders, and while DOI has taken steps to complete and implement the next 5-year Program, there will be an unprecedented gap between the current and next 5-year Program,” the letter states.

The letter follows testimony from Secretary Haaland last month, during which the Secretary confirmed that the Department of Interior (DOI) is far behind in the process of developing and implementing a five-year program and will not have a new plan in place by the time the current program expires on July 1.

“We are at a critical time where a lack of federal action and regulatory uncertainty may discourage companies from making the multi-billion-dollar investments needed to develop offshore resources in the U.S. and ensure the long-term viability of a lower-carbon national strategic asset,” the letter states. “If the door closes to new U.S. production, investment dollars will instead flow abroad to more active basins to the detriment of American workers, energy consumers, and the environment.”

The letter outlines the following actions that the administration can take to avoid further economic impact and help ensure accessible, affordable, and reliable energy here in the United States: