TUBACEX will build a new tube and thread manufacturing plant in Abu Dhabi as part of its largest-ever award with Abu Dhabi National Oil Company (ADNOC). 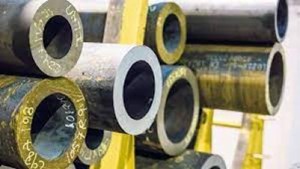 This award builds on other multi-annual contracts signed in recent weeks for the manufacturing of umbilical, nuclear and aerospace tubes, giving TUBACEX a total backlog of more than €1.5 billion.

The agreement was signed in Abu Dhabi during the "Make it in the Emirates" forum that brought together the largest industrial companies and investors in the United Arab Emirates to share their development plans and boost local manufacturing investment.

ADNOC is one of the world's leading energy companies wholly owned by the Emirate of Abu Dhabi. ADNOC has an ambitious plan to grow its production capacity while maximizing the value of the Emirate's vast energy reserves in support of the UAE's economic growth and diversification.

Increased presence in the Middle East

TUBACEX has focused its strategy on getting closer to the end user, becoming a long-term strategic partner for the comprehensive supply of CRA OCTG solutions (with high resistance to corrosion), which includes tubes and threads, as well as other complementary services (logistics, stock management and downhole technical services) for gas extraction and production. The forthcoming construction of a plant in Abu Dhabi, involving investment of $100 million and creating 150 jobs, will guarantee the reliable supply for large scale projects, such as the one signed with ADNOC, and strengthens TUBACEX's positioning and commitment in the Middle East, a key strategic region as it concentrates the largest volume of worldwide activity for gas extraction and production.

"This agreement reinforces our long-term positioning in a region that is currently immersed in an ambitious investment plan, boosting and consolidating our operational structure in the region", pointed out Jesús Esmorís, CEO of TUBACEX, during the signing ceremony. With this new plant, the company will have three production facilities in the region, in Abu Dhabi, Saudi Arabia and Dubai, where it also has service centers and sales offices.

By signing this strategic agreement, TUBACEX has accelerated its diversification plan, aligned with the decarbonization demands, in which gas plays a key role in the energy transition towards green power and lower carbon.

Current backlog of more than € 1.5 billion

This award is added to recent agreements reached by the company in the past few months, which added together amount more than €1.5 billion, with a significant part made up of high value-added products. Thanks to its commercial positioning, TUBACEX has signed different framework agreements with leading players from the industry, enabling it to be well placed wherever the demand is. In the OCTG segment, the strategy focusing on national oil and gas companies committed to local manufacturing has enabled major long-term contracts to be signed for a comprehensive solution (ADNOC, Petrobras), in addition to the signing of strategic agreements with end users (ExxonMobil). In the Umbilicals segment, TUBACEX has reached agreements with the main end users (Nexans, Aker, TFMC and Mfx), having reinforced its presence in the North Sea with the incorporation of TSS Norway, and its offer of more and more services and solutions. The awards also include major orders for EDF within the nuclear sector, and orders for instrumentation tubes, where the company continues developing its business with its sights set mainly on the American market.