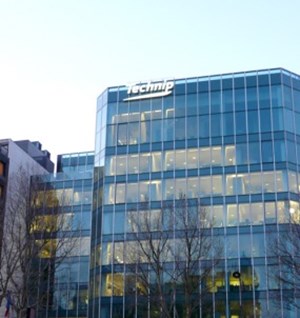 This development marks a positive step for both public-private partnerships and local content in Senegal at the outset of its gas rush. Among the projects set for next year are the Greater Tortue Ahmeyim (GTA) transnational development holding 15 trillion cubic feet of natural gas, co-developed by supermajor, bp and American oil firm, Kosmos Energy, and currently 75% complete. First production of 2.5 million tons per annum of liquefied natural gas is scheduled for late next year. Additionally, the Sangomar field owned and operated by Australian megafirm, Woodside Energy, will also come online next year at 100,000 barrels per day of oil production.
Of course, Senegal is already making local content headway with its latest legislative reforms coming into force in February last year. In this regard, the revised Petroleum Code requires firms in the sector to submit annual content plans justifying any international subcontracts.

Furthermore, the newly formed National Committee for Monitoring Local Content strives to achieve a 50% local content ratio for Senegal by 2030, and the widely lauded three-way regime system that reserves certain works for Senegalese firms has made substantial progress to this end.

However, this week’s Technip-COS Petrogaz MoU announcement marks yet another crucial stepping-stone in the provision of robust training programs for Senegalese citizens to gain the skills for active participation in the industry.

The MoU not only secures a strong ongoing local presence for multinational Technip but the equitable pursuit of natural gas developments benefitting the Senegalese people and economy. As a fuel, gas has a 70% lower carbon footprint than that of traditional heavy fuel oils while holding the crucial benefit of scalable development over some renewables, contributing to the aims of the Emergent Senegal Plan specifically through the goal of ensuring universal access to affordable, reliable electricity across the nation by 2030. Thanks to gas megadevelopments like the GTA project, Senegal’s GDP is expected to see solid growth next year.

Technip itself has a long history in the nation, currently overseeing upgrades to the Mbao SAR petroleum refinery facilities which process 1.2 million metric tons of crude oil each year, covering a major part of the nation’s demand. Technip also holds the engineering, procurement and construction, installation and commissioning contract for the GTA’s floating production storage and offloading unit. Whilst COS Petrogaz was launched by H.E. President Macky Sall as recently as 2016, their counterparts at Technip Energies have over 60 years’ experience across 34 countries.