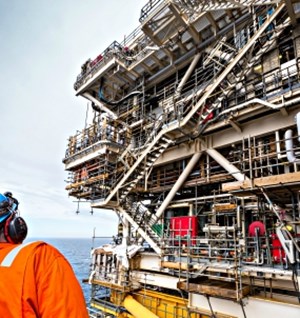 Just how the UK government finds itself mounting a tax raid on the oil and gas industry, while simultaneously breaking a promise not to offer fossil fuel producers incentives to drill more, shows how the invasion of Ukraine has turned the world of energy on its head.

A government that publicly shunned the oil industry when it hosted the COP26 climate conference in December has spent the last few months encouraging it to investment more. Today, the cost-of-living crisis forced another sharp turn in policy.

The UK Chancellor of the Exchequer announced 25% windfall tax on profits of oil and gas producers, earning the government an expected £5 billion ($6.3 billion) that will be used to help the poor deal with soaring energy costs.

Companies will be able to avoid some of this levy by making fresh investments in oil and gas extraction -- offsetting as much as 80% of new spending. That runs against the COP26 agreement, which pledged to phase-out of inefficient fossil fuel subsidies.

“Giving these firms even bigger tax breaks to extract more oil and gas will lock in greater dependence on fossil fuels,” said Luke Murphy, associate director for energy and climate at the Institute for Public Policy Research, a left-leaning think tank. “This is bad for future energy bills, our energy security, and our environment.”