(Bloomberg) — The Group of Seven urged OPEC to pump more oil, even as it made new pledges to try to fight climate change. 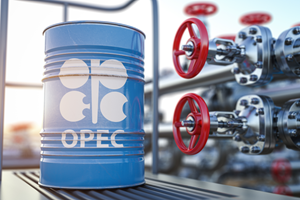 “We call on oil and gas producing countries to act in a responsible manner and to respond to tightening international markets, noting that OPEC has a key role to play,” ministers said in a communique after a meeting in Berlin.

OPEC, which has an alliance with Russia known as OPEC+, has so far resisted calls from the U.S. to crank up its production beyond the gradual increases it has long planned. The cartel meets next week and is expected to stick to its plan even as the war in Ukraine is causing a surge in oil and gas prices that’s fueling a cost-of-living crisis for consumers.

The G-7 has been a forum for pushing the climate agenda. But the war has made consumer nations reassess their priorities -- with short-term energy security trumping longer-term climate plans.

The group recognized that change of priorities, acknowledging that government measures to ease the crunch for consumers  -- for example with subsidies for fossil-fuel use -- go against previous climate promises.

“Nevertheless, we aim for our relief measures to be temporary and targeted and we reaffirm our commitment to the elimination of inefficient fossil fuel subsidies by 2025,” the communique read.

Energy ministers also vowed to end direct public support for foreign fossil-fuel projects by the end of this year -- while allowing for exceptions “defined by each country.”

The move was also caveated with the recognition that “advancing national security and geostrategic interests is crucial.”

They also aim to achieve “predominantly decarbonized electricity sectors by 2035.”