(Bloomberg) — Some European Union leaders are leaning toward a deal that would ban seaborne oil while temporarily sparing deliveries through a key pipeline to give landlocked Hungary more time, as the bloc tries to reach an agreement on a new sanctions package targeting Russia for its war in Ukraine. 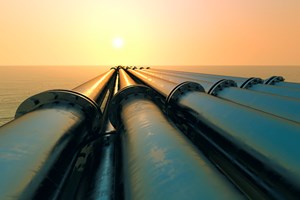 EU governments are discussing a plan with the European Council and European Commission that would make shipments of oil through the giant Druzhba pipeline exempt for a limited period of time from a broader ban on oil deliveries to the bloc, according to people familiar the matter.

The compromise would buy time for Hungarian Prime Minister Viktor Orban to iron out technical details of phasing out pipeline supplies to his country, said the people, who asked not to be identified because the talks are private.

Hungary has for several weeks opposed a proposal that would give it until 2024 to give up Russian oil, almost two years longer than what would be required of most other member states. Since unanimity is required for EU sanctions decisions, Hungary has an effective block on the package, which also includes restrictions on Russian banks, consultancy services and buying real estate.