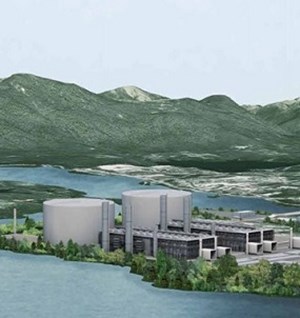 Natural Resources Minister Jonathan Wilkinson told Bloomberg News the fastest way to help “our European friends” would be for Spain’s Repsol SA to convert an existing LNG import facility in New Brunswick, on Canada’s Atlantic coast, into an export terminal.

“A lot of existing infrastructure is there,” Wilkinson said Wednesday in a telephone interview from Berlin, ahead of a Group of Seven energy ministers meeting. If Repsol decided to convert the terminal, “you likely could have a facility that would be producing within three to four years,” he said.

Wilkinson said the issue of European energy security and moving off Russian oil and gas is still top of mind for his G-7 colleagues. Yet the obvious problem for Canada, a major natural gas producer, is that it lacks an export terminal on its east coast.

The government is talking to Repsol and other firms interested in building LNG infrastructure about whether the regulatory process can be expedited, Wilkinson said. Repsol itself would also “need to decide to go forward,” he added, so that the government could determine the type of environmental assessment required.

Wilkinson said Canada would be looking for two things in any new LNG facility: that it use a low-emission process for gas and that it be capable of transitioning to exporting hydrogen later on.

Mike Blackier, a spokesperson for Repsol, said the company is “continuously exploring options to maximize the value of the terminal, with a particular focus on new lower-carbon opportunities to help meet market demand and to support the energy transition.” But he said Repsol has no further comment on whether it intends to convert the facility for exporting.

Other companies have proposed east coast LNG terminals, including one in the province of Nova Scotia by Pieridae Energy Ltd., and another in Quebec by GNL Quebec Inc.

The Canadian government has also said there are limits to how much more energy they can ship into global markets.

Earlier this year, Wilkinson said Canada could help Europe in the short term by increasing its shipments of crude by 200,000 barrels a day and natural gas by the equivalent of 100,000 by year-end. The extra production would flow south to the US, freeing up more supply for Europe.

Alberta Premier Jason Kenney -- who announced his resignation last week -- recently told a US Senate committee that he believes Canada could actually increase its oil exports by as much as 900,000 barrels a day through optimizing its pipeline network and shipping more by rail.

But Wilkinson downplayed that, saying Kenney’s comments were the first time he’d heard that number.

“We have asked Alberta to give us a sense of how they think that is possible, given that we just went through the exercise with the sector to come up with the additional 300,000 barrels,” he said.