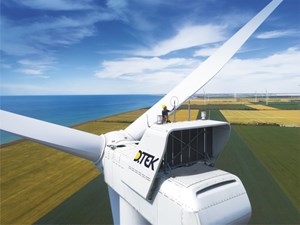 Among the key points he delivered, Timchenko said that Ukraine is the number one topic at Davos, focusing on the country’s role in the future, particularly regarding energy security. A critical part of energy security is renewables. DTEK is leading the “30 by 2030” initiative, which aims to build 30-GWy renewables capacity in Ukraine by 2030 as a significant part of Ukraine's rebuilding plan. “We believe Ukraine can become a benchmark for renewable technology, implementing new technology and business models,” said Timchenko. The initiative will enable Ukraine to replace Russian energy sources, helping the EU to redesign its energy security.

Ukrainian energy sector outlook. In Ukraine, there are currently around 696 settlements still without electricity, impacting about 641,000 people. The worst-affected areas are in the Donetsk region (332,000 people), Luhansk (128,000 people) and Kharkiv (91,000 people).

The government of Ukraine has halted regulation of gasoline and diesel prices, so market operators can saturate the country with the necessary reserves. The EU plans to allocate €300 billion to accelerate the abandonment of Russian energy. This was stated by the President of the European Commission, Ursula von der Leyen, in Brussels when she announced the REPowerEU action plan.

Citigroup analysts predict that, due to the sharp rise in natural gas prices this year, Russia may receive a record $100 billion from the EU in 2022, which is almost twice as much as in 2021. That means more money for Russia to continue to wage war in Ukraine.

DTEK Group operations. Since the beginning of the war, 33 DTEK employees have been killed, 72 are wounded, and one is missing. However, since Feb. 24, DTEK's emergency crews have restored power supplies to more than 1.6 million Ukrainian homes. On May 18, DTEK restored the company's power lines and substations that had been destroyed, resulting in 100% electricity supply to the liberated Kyiv region's settlements.

Battles continue in Donetsk region. Energy infrastructure is being damaged by shelling on a daily basis. More than 300,000 residents in 277 settlements of the region are currently deprived of electricity supply. Since the beginning of the war, DTEK has provided critical infrastructure companies with $3.3 million worth of electricity, free of charge. Currently, more than 100 institutions in Kyiv, Dnipropetrovsk and Donetsk oblasts receive free electricity. These are medical facilities, military facilities and law enforcement agencies.

DTEK has made the first test supply of 50,000 tons of thermal coal to Poland. Further shipments are limited by Ukrainian and Polish railways, which were not designed for the level of trade that began since the beginning of the war. This trade is going to be of vital importance for the rebuilding of Ukraine. “We will need significant finance, which we want through trade not charity. It is also a major part of rebuilding the EU’s energy security, removing its dependence on Russia,” Timchenko concluded.