(Bloomberg) — Venezuela creditors are holding a rare meeting in Davos next week to discuss potential opportunities in the oil sector amid increasing optimism for investment in the country as the U.S. floats easing some sanctions. 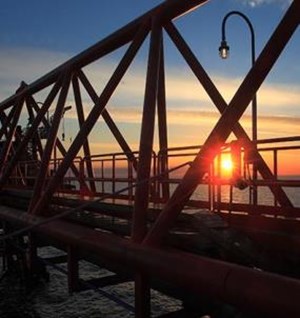 London-based brokerage IlliquidX Ltd. and Canaima Capital Management, a fund focused on distressed debt, are hosting the May 23 meeting with more than two dozen creditors in Davos on the sidelines the World Economic Forum to explain the implications of a potential opening in Venezuela’s oil sector.

“It’s the first time a discussion like this is happening in Davos,” said Celestino Amore, chief executive officer of IlliquidX and co-founder of Canaima. “Investors want to know about eventual opportunities in the Venezuelan oil and gas sectors if sanctions are removed and what would be the impact on creditors.”

Venezuela remains deeply sanctioned and any restructuring of its more than $60 billion of defaulted debt is still nowhere in sight. But the global energy crisis caused by Russia’s invasion of Ukraine has opened a discussion on how Venezuela could help address oil supply disruptions. The US is currently planning sanctions relief targeting restrictions on oil companies working in Venezuela.

Defaulted state-oil company bonds rose this week as investors priced in optimism over those potential changes. PDVSA notes maturing in 2024 jumped as much as 18% between Monday and Thursday to around 7 cents on the dollar, according to data compiled by Bloomberg. The market continues to be cautious, however, and the prices remain below levels seen in March following a visit by US officials to Caracas. On Friday, some bonds pared gains, with the 2024s falling to around 5 cents. US investors remained barred from buying the securities.

For Amore, investors should be prepared if things change.

The US tightened oil sanctions against Venezuela in early 2019 amid a collapse of the oil industry. With the help of allies such as Iran, PDVSA increased and stabilized production in recent months at around 700,000-800,000 barrels per day from 374,000 a year before. But the current output is still below the country’s high point of more than 3 million barrels a day.

The US has conditioned any form of sanctions relief on the resumption of political negotiations between the government of Nicolas Maduro and the opposition, halted since last year. Easing restrictions for American oil firm Chevron’s operations in Venezuela is one of the strategies in place to encourage the Maduro delegation to go back to talks.