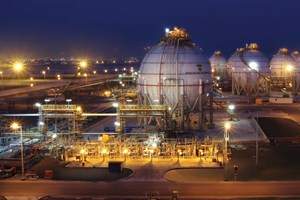 The LNG facility, to be built at Fujairah on the United Arab Emirates’ coast outside the Persian Gulf, will be able to produce as much as 9.6 million tons a year. The UAE currently has three liquefaction trains with a combined capacity of 5.8 mtpa at Das Island, which is located inside the Gulf.

Adnoc has appointed McDermott International Ltd as design contractor and intends to award a contract for the construction of the plant in 2023, said the oil company in a statement on its Linkedin page. The plant will use new technologies and “clean power” to reduce the carbon intensity of the LNG it produces, according to the statement.

Appetite for LNG among energy consumers has grown since Russia’s invasion of Ukraine, particularly in Europe, reinforcing a global market for the fuel that was already strengthened by rising demand in Asia last winter. While prices have eased slightly over the past month “higher prices and more volatility” are expected because of Europe’s switch to LNG, Biraj Borkhataria, associate director of European research at RBC Europe Limited, said in a note.

A pipeline will be constructed linking Abu Dhabi’s Habshan gas production facilities to Fujairah and the liquefaction plant is scheduled to start in 2027, according to two people familiar with the matter. A spokesperson for the company declined to comment on the matter.

A government official previously said the UAE was considering building an LNG plant at Fujairah to facilitate the extra exports and state producer Adnoc last month agreed to buy two LNG carriers from a Chinese shipyard.

The UAE was the world’s 12th-largest LNG producer last year, making it a relatively small global player. However, a $20 billion push to develop more of its natural gas resources means it will be able to produce much more from about 2025 and the country aims to become self-sufficient by 2030.

The LNG import project at Fujairah represents a turnaround for the tiny emirate that had been earmarked for an LNG import terminal a decade ago. The plans were since scrapped and Dubai remains the only emirate to use LNG imports to meet its gas needs.