In a weekly online briefing on Thursday, May 12, DTEK CEO Maxim Timchenko discussed Ukraine’s energy security. He provided an update on energy sector operations and restoration of electricity supply amid the Russian invasion. 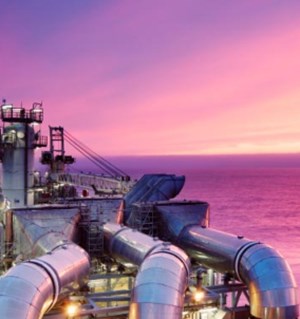 Among the key points he delivered, Timchenko said that 29 of DTEK’s employees have been killed, another two are missing, and 60 have been injured. In addition, around 1.5 million people in 788 settlements have been deprived of their electricity supply for over 24 hours. DTEK, he added, is making an all-out effort to restore damaged power lines. Since Feb. 24, DTEK’s emergency crews have restored power supply to 1,507,468 households. Additional repair crews have been engaged for a rapid restoration in liberated areas.

At present, 90% of settlements in the Kyiv region are connected to the power grid. “We will complete reconstruction work in the region by Sunday 15 May, using our teams and additional teams from other regions,” explained Timchenko. DTEK, he said, has become an entry point for international support for electricity recovery. Last week, the first batch of aid arrived from Schneider Electric. In total, by the end of June, Ukraine will receive equipment worth € 4 million, including equipment for the restoration of power substations, and autonomous lighting for communities where it is not yet possible to restore electricity.

During the third month of the ongoing Russian invasion, Ukraine’s power system remains stable and operates synchronously with the ENTSO-E network. The network frequency is maintained at 50 Hz. Electricity exports from Ukraine to Moldova restarted on Thursday. According to Ukrenergo, the export capacity to Moldova for 10 hours is 148 MW.

However, the Ukrainian energy system is in dire need of assistance from foreign partners and donors, said Timchenko. The deficit is running $250 million per month. “The logical solution to avoid financial collapse is the full-scale export of electricity to Europe,” he noted. This would be advantageous for the EU, significantly reducing its dependence on Russian energy. “It is not about charity,” added Timchenko. “We want trade partnerships. This is a decision ENTSO-E needs to take.”

DTEK’s humanitarian aid. Since the start of Russia’s invasion of Ukraine, the DTEK Group has allocated UAH 324 million (approx. $11 million) in humanitarian aid, and support to the Armed Forces and the Territorial Defense Forces. The funds have purchased food kits and essential medicines for military personnel and internally displaced persons.

The SCM Group businesses, which include DTEK, and the Rinat Akhmetov Foundation, have donated almost UAH 2.1 billion (approx. $72 million) of humanitarian aid to civilians, including food, medicine, necessities, evacuation, shelters, etc., and support for the Armed Forces and the Territorial Defense Forces in dozens of cities. This includes providing clothing, personal protective equipment and first aid kits

European energy security. Ukraine’s full integration into Europe will require something of a “Ukrainian Marshall Plan,” added Timchenko, “aimed at rebuilding Ukraine with an eye toward long-term economic stability. Energy has to be one of the key priorities. This will be beneficial both for Ukraine and for all of Europe.” (an opinion article by Maxim Timchenko sets out the arguments more fully)

The DTEK CEO has joined more than 100 other business leaders from across Europe, and representing the entire economy, in writing to European Commission President Ursula von der Leyen, calling on the EU to strengthen energy security by accelerating the green transition, and by phasing out Europe’s dependence on Russian gas, oil and coal. The call was issued in the run up to this month’s publication of the REPowerEU Plan, and the meetings of the G7 energy ministers and European Council.