(Bloomberg) — Liberty Oilfield Services Inc. posted its best quarterly sales since going public more than four years ago as the global energy crisis spurs a boom in demand for fracing. 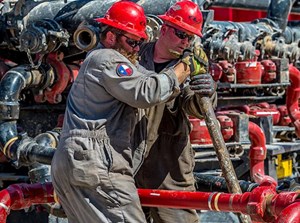 Oilfield-service providers are in turnaround mode after two straight years of cratering oil prices and widespread job cuts. Now, explorers are reaping record cash flow while the hired hands of the oil patch work through supply-chain snarls and look to pass on higher costs to clients.

“North America is well positioned to be the largest provider of incremental oil and gas supply to power the global economy,” Chief Executive Officer Chris Wright told analysts and investors Thursday during a conference call. “We need to see and we will work to drive healthy returns in the frac industry to match the already robust returns of our customers.”

Liberty, which bought a pair of sand mines in the Permian Basin of West Texas and southeast New Mexico to complement its fleet of frac pumps, also announced plans to change its name to Liberty Energy. No timeline was provided.