(Bloomberg) — Murphy Oil Corp. has begun producing oil from a new deepwater Gulf of Mexico project, months ahead of schedule. 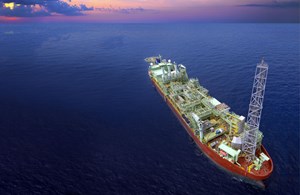 The offshore and shale oil producer on Tuesday said its King’s Quay floating production platform started generating oil from the first two wells in the Khaleesi, Mormont and Samurai fields off the coast of Louisiana. The company is working to complete the remaining five wells in the project.

When fully operational, the project can produce as much as 85,000 barrels of oil per day and 100 million cubic feet per day of natural gas. Murphy was expected to reach first oil by the first half of this year, according to Leo Mariani, an analyst at KeyBanc Capital Markets Inc.

“The production coming online is forecast to generate significant free cash flow, which will allow us to continue to delever with $600 to $650 million of targeted debt reduction this year and the optionality of up to $1 billion in 2023, while simultaneously reviewing our dividend,” Chief Executive Officer Roger Jenkins said in a statement. The guidance assumes West Texas Intermediate crude futures trading at $85 a barrel in fiscal year 2022 and $75 a barrel in 2023.

Murphy Oil is the fifth-largest producer in the Gulf of Mexico, producing 61,000 barrels of oil equivalent per day in the fourth quarter of 2021.

The company has a 34% stake in the Khaleesi and Mormont fields, along with other partners including Red Willow Offshore LLC (22.5%), Ridgewood (17%) and ILX Prospect (11.33%). Murphy and Ridgewood have a 50-50 ownership stake in the Samurai field, which was discovered in 2009.

Murphy shares are up almost 56% this year.