A new gas field found under the North Sea off East Anglia has this week produced its ‘first gas’ – and more such developments are on the way, according to IOG, an independent offshore exploration and production company. 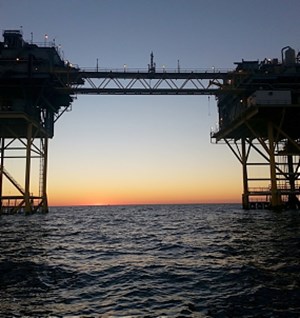 IOG said that gas from its Blythe well started flowing into the UK gas grid at the weekend, with a second, called Elgood, due to start producing gas within days. Both are part of its Saturn Banks project. The gas will flow into Bacton, on the Norfolk coast, and meet demand in the southeast and then the rest of the UK.
The announcement today was welcomed by Offshore Energies UK (OEUK, which represents the UK offshore industry. It said the new field demonstrated the vital role of the UK Continental Shelf in supporting the nation’s energy security during the current global energy crisis – and during the planned transition to net zero by 2050 and beyond.

IOG’s announcement coincided with Monday’s Downing Street meeting between Boris Johnson and leaders of the UK’s offshore oil and gas industry, called to discuss how the UK might reduce its reliance on Russian energy following the invasion of Ukraine.

Saturn Banks also creates a new production hub in the Southern North Sea, allowing any further discoveries to be linked back to it by pipelines. Development of another field, Nailsworth, is expected to begin this year, and would produce gas towards the end of 2023.

This milestone came less than 30 months after the final investment decision, despite technical challenges during the drilling phase.

IOG chair Fiona MacAulay said in a statement: “With heightened energy security risks across Europe and the continued urgency of the energy transition, there has never been a more important time to bring new UK gas resources onstream. This is especially true of IOG's gas which has far lower carbon intensity than imports."

The news was welcomed by Offshore Energies UK (OEUK), whose 400 members embrace established industries like oil, gas and offshore wind, plus emerging technologies like hydrogen production and CO2 capture, all operating in UK waters.

Jenny Stanning, external relations manager at OEUK, said: “This new source of gas, from the UK’s own waters, boosts our energy security at time when the Ukraine crisis has reminded us of the urgency and importance of maintaining our own energy supplies.”

“The UK is reducing its overall energy use and moving to lower carbon sources of energy but that is a long-term project. In the meantime, 24 million households heat their homes with gas which also produces about 40% of our electricity.

“That means the UK needs secure supplies of energy – and the most secure place to get it is from our own surrounding seas.”