(Bloomberg) — German Finance Minister Christian Lindner remains opposed to a boycott of Russian oil and gas, even with leading members of his Free Democratic Party saying restrictions should be imposed to punish Russia for its invasion of Ukraine, the Tagesspiegel newspaper reported on Sunday. 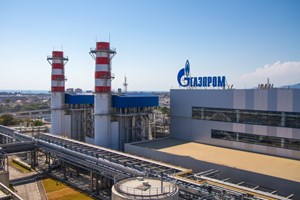 “Our concern must be to build up maximum pressure on Russia and at the same time to maintain our strategic staying power for possibly a very long time,” Lindner, who’s also the head of the party that’s part of the coalition government, told the newspaper. “Therefore, energy supply should not be questioned from our side without necessity.”

Economy Minister Robert Habeck said in an interview with Frankfurter Allgemeine Sonntagszeitung that Germany’s reliance on Russia for most of its coal and oil can end by the end of the year. But an immediate ban on all energy imports from Russia, including gas, would cause unacceptable hardships for Germans and the economy, according to the Green Party minister.

To reduce dependence on Russian energy, the parties in Germany’s government should consider lifting their self-imposed ban on new oil and gas drilling in the North and Baltic Seas, Lindner told Tagesspiegel. The restriction is enshrined in their coalition accord.

“Based on the development of world market prices, this seems to become more economical,” Lindner said, appealing to the Greens to be open to such a policy U-turn. “I think it’s advisable, against the changed geopolitical background, to re-examine our country’s entire energy strategy.”

Output in Germany can rise on a small scale if politics, society and the authorities support it, a spokeswoman for the BVEG oil and gas lobby told Tagesspiegel.

“We are examining whether and under what conditions an increase in oil and gas production in Germany is possible in the short term,” Deputy Economy Minister Oliver Krischer, a member of the Green Party, told the newspaper. Measures should also include short-term reductions in consumption, and “first and foremost a speed limit” on vehicles, he said.

Lindner has been opposed to a temporary general speed limit on Germany’s Autobahn. He also rejected opposition calls to temporarily reduce value-added tax on gasoline and diesel, the newspaper said.