(Bloomberg) – Ukrainian security officers conducted a raid of a major oil company and a refinery as authorities investigate possible tax evasion and move to seize strategic assets owned by some of the country’s richest men. 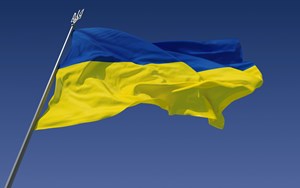 The Economic Security Bureau suspects the unidentified refinery’s management of evading more than 700 million hryvnia ($19 million) in taxes in 2019-2022, involving a group of companies supplying petroleum products, according to a statement on its website.

“Their owner is one of the richest oligarchs in Ukraine,” the bureau said on Wednesday, without identifying the person.

An armored military vehicle and armed agents blocked entry to an unidentified refinery, according to photographs published by the Security Service of Ukraine. Authorities are also looking into potential tax violations by management of public oil producer Ukrnafta PJSC, the agency, known as SBU, said in the statement.

Ukrnafta, whose holdings were seized by the government this week as part of Kyiv’s bid to wrest control over strategic companies, denied accusations of tax evasion, saying Wednesday in a statement on Facebook that it met its 2022 tax obligations in full and accrued no debt on payments.

There hasn’t been a court decision that would justify security agents’ actions, Ukrnafta said. The armed officers have been blocking its central office since Tuesday evening, preventing staff and executives from getting to work, it said.

The company added that it had received no information from Ukraine’s Defense Ministry or Naftogaz shareholders laying out how the “new format” after the seizure should function.

Ukraine’s government secured shares in five strategically important companies linked with some of the country’s most powerful businessmen, including billionaire Igor Kolomoisky, in what it describes as a bid to help meet military needs and maintain fuel supply. President Volodymyr Zelenskiy said the acquisition of holdings is necessary to bolster the nation’s defense against the Russian invasion.