TC Energy Corp. plans to sell C$5 billion ($3.7 billion) of assets next year as the Canadian pipeline operator works to reduce its debt and fund projects. 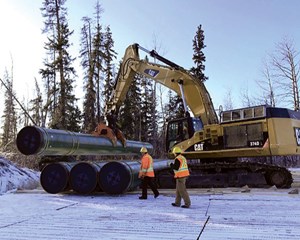 The company will focus on the divestment of non-core and minority-owned assets and will consider greenhouse gas emissions when determining which assets are sold, Chief Executive Officer Francois L Poirier said Wednesday on TC’s third-quarter earnings conference call.

The asset sales were generally predicted by industry analysts following the company, although the figure announced Wednesday exceeded some expectations.

RBC Capital Markets analyst Robert Kwan, citing a prior meeting with TC’s Chief Financial Officer Joel Hunter, said in a mid-October note that the Canadian company may look to monetize its liquids pipelines as well as smaller gas pipelines with targeted proceeds of as much as C$4 billion ($2.9 billion),

A sale of the liquids pipeline would be an “ESG-accretive divestiture” and “the major prize in right-sizing the balance sheet,” analyst Matthew Taylor said in an October note.

The company has faced challenges in recent years including a 70% cost overrun at its Coastal GasLink pipeline, which is being built to supply LNG Canada, a massive natural gas export project in British Columbia.

TC said Wednesday it sanctioned two new gas pipeline projects, one in Western Canada and the other in Louisiana.