Alaska's pricey crude pushed out of China by Russian oil

(Bloomberg) – China’s passion for Alaskan oil appears to be over as the country turns to Russia. 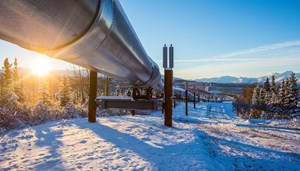 Surging Chinese energy demand amid Covid lockdowns on the US West Coast prompted Alaskan oil exporters to ship more crude than any time in two-decades, and nearly all of it went to the East Asian country. So far this year, shipments have almost dried up entirely. Just a single cargo sailed aboard the Seaways Sabine to China in March, according to Vortexa Data.

Unlike Russian oil that is sold at a discount due to sanctions, Alaskan oil has traded at its biggest premium to the US benchmark since 2014 this year.

There is “just a general lack of interest from the traditional buyers in China,” Rohit Rathod, a Vortexa analyst, wrote in an email. “Those buyers have mostly likely turned away from ANS in favor of cheaper Russian ESPO crude.”

India boosted purchases of discounted Russian barrels after the invasion of Ukraine at the expense of oil from other parts of the world, such as Canada.