(Bloomberg) – The split in the European Union is deepening over how to contain an energy crisis, with nations supporting a price cap on imported natural gas accusing the bloc’s executive of being too slow to develop a proposal to limit the costs of the fuel. 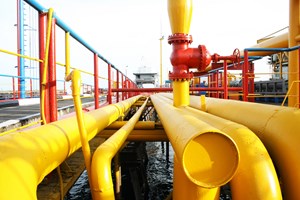 The EU’s executive arm signaled this week that a price cap wasn’t the best tool to tackle the crisis, two weeks after the bloc’s leaders asked it to quickly draft a set of measures, including a dynamic price corridor on gas transactions. Instead, the European Commission, headed by Ursula von der Leyen, who is German, suggested a mechanism to limit excessive spikes and spread the soaring costs over time.

Such an approach was endorsed by Germany and Netherlands, long-time opponents of a price cap, but a larger group of countries, including Italy, Poland, Belgium and Greece, is still demanding an EU plan to limit of the cost of gas. European Council President Charles Michel, the Belgian who chairs gatherings of EU leaders, on Monday called on von der Leyen to urgently table legislative proposals in the next two weeks.

“The prompt delivery of concrete results to our citizens and businesses should remain our utmost priority,” he wrote in a letter to von der Leyen seen by Bloomberg News.

The bloc is struggling to agree on some of the more radical steps that some nations are pushing for as energy costs continue to fuel inflation as the region heads for a winter with drastically reduced shipments from Russia. Frustration is growing, with some countries accusing the commission of dragging its heels and suggesting they may block a broader set of emergency proposals until there see movement on a cap.

“The mood is that the absolute majority of countries are willing to block the commission regulation altogether, if it contains no cap,” Lithuanian Energy Minister Dainius Kreivys said on Tuesday, according to the Baltic News Service. “The intention is rather strong, and we hope the commission still has time to hear this.”

At heart of the dispute is a definition of what qualifies as a price cap, a contentious tool that its proponents call the most effective way of containing the unprecedented crisis and preventing speculation. The four countries at the forefront of the push for a cap have called for a limit on prices at the Dutch Title Transfer Facility, whose main index is the benchmark for all gas traded on the continent. They proposed a corridor or range around the cap that would allow prices to fluctuate by around 5% for example and would be regularly reviewed.

Von der Leyen, who earlier this year had firmly opposed a price cap, bowed to the pressure in October and included in a draft emergency package a provision that could pave a way for a temporary “dynamic market correction mechanism” for transactions on the TTF. Details were scarce: Such a tool would be a last-resort emergency intervention in spot prices and the maximum price would have ensure security of supply. It would require a separate regulation, to be proposed by the commission at a later stage.

In addition to giving the commission the authority to propose a price cap, the emergency package also includes measures to avoid extreme price spikes in energy derivatives and use the EU’s joint purchasing power as a leverage in negotiations with global gas suppliers. It’s currently being discussed by national governments, with energy ministers scheduled to meet and try to iron out a deal on it on Nov. 24. Yet before the gathering the commission should propose additional measures that were requested by EU leaders, according to Michel.

The challenge is that the leaders’ statement was intentionally vague on gas market intervention, as heads of government fought over every word in the three-line provision that ultimately referred to a “a temporary dynamic price corridor on natural gas transactions to immediately limit episodes of excessive gas prices.” There were also some strings attached: The commission was urged to assess the impact of such a proposal on existing contracts, including avoiding impacts on long-term deals.

For opponents of price caps, such bold market intervention is not feasible if the criteria set by the leaders are to be met. While Germany and the Netherlands lead the push for a cautious approach, some other countries, including Denmark, also opt for softer measures, according to EU diplomats with knowledge of the talks.

The supporters warn that the commission’s back-and-forth may put at risk a swift agreement by governments on the emergency package. At stake is the future of the bloc’s $17 trillion economy, which the energy crisis threatens to push into recession as companies and consumers reel from high power and gas bills.­­