(WO) – At the Annual General Meeting of the International Association of Drilling Contractors (IADC) last Thursday (Nov. 3) in New Orleans, a mid-morning panel of federal government speakers did its best to sort out the regulatory situation in the U.S. Gulf of Mexico (GOM). Of particular interest to contractor attendees was the net results of differing pieces of legislation passed through the U.S. Congress, which will affect offshore activity levels in federal waters. 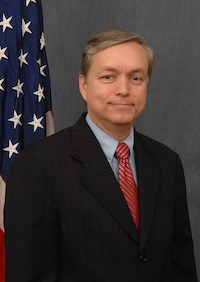 GOM lease sales. First up was BOEM (Bureau of Ocean Energy Management) Deputy Director Walter Cruikshank, who tried to clarify the federal leasing situation in the GOM. “The Inflation Reduction Act (IRA) required BOEM to accept the results of a recent oil and gas lease sale and to hold two additional lease sales,” said Cruikshank. What he referred to was a plank in the IRA that says BOEM, in compliance with congressional direction, must accept 307 highest valid bids from Lease Sale 257 in the Gulf of Mexico, totaling $189.9 million. BOEM originally held the lease sale in November 2021, but a federal judge invalidated the results in February 2022. The IRA invalidates the judge’s action and reinstates Lease Sale 257’s results.

Furthermore, said Cruikshank, the IRA instructs BOEM to hold O&G Lease Sales 259 and 261. Congress directed that Lease Sale 259 be held by March 31, 2023, and Lease Sale 261 by Sept. 30, 2023. Furthermore, explained Cruikshank, the IRA directs BOEM to hold Cook Inlet OCS Oil & Gas Lease Sale 258 by Dec. 31, 2022. The area identified for the potential sale consists of 224 OCS blocks toward the northern part of the inlet and covers approximately 1.09 million acres of seafloor. 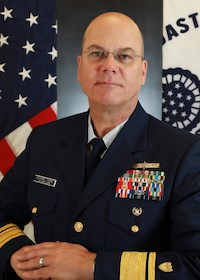 In addition, “The IRA increases the minimum royalty rate for all new onshore and offshore fossil fuel leases from 12.5% to 16.6%, with a maximum of 18 ¾%,” said Cruikshank. “It also establishes a 10-year requirement, linking offshore wind leases and oil-and-gas lease sales.”

Another piece of legislation, the Infrastructure, Investment and Jobs Act, passed during the fall of 2021, authorizes BOME to set up carbon sequestration on the GOM OCS, confirmed Cruikshank. It gives DOI one year to publish regulations that would address carbon sequestration from pre-lease to decommissioning. “We hope to have these out in the next several months,” he added. “The Gulf of Mexico is well-suited for C.S. projects.” 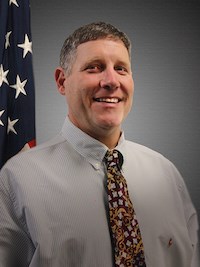 Taking the podium after Admiral Timme was Bryan Domangue, Gulf of Mexico Regional Director for the Bureau of Safety and Environmental Enforcement (BSEE). Domangue said the GOM OCS region “has 423 positions, with 374 onboard. We’re working to fill those other positions,” in an effort to fulfill BSEE’s mission more thoroughly. The director said that 40 drilling rigs were either working or available to work in the GOM. This total includes 11 platform rigs, four semisubmersibles, 16 drillships and nine jackups. 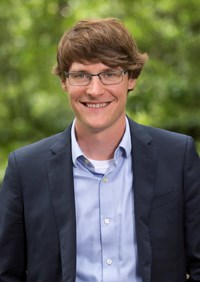 As Upton noted, the Center was created by Louisiana’s legislature in 1982, to embody recommendations made by an independent group of experts and at the urging of Louisiana business and public interest groups, as well as the university. Accordingly, the Center is mandated “to provide energy information and analysis that responds to the needs of the legislature, public agencies, and business and civic groups.”

Although the Center’s actual 2023 Gulf Coast Energy Outlook will not be released until Nov. 11, Upton said that some of the factors that it will address are market uncertainties for oil and gas development related to inflation; Russia’s invasion of Ukraine; decarbonization efforts in the U.S. and globally; the future of offshore leasing; and tariffs. In addition, said Upton, “recovery in Louisiana’s non-farm employment, of which a large share is oil and gas, is lagging the U.S. national economy.”

Noting that OCS Lease Sale has been reinstated (as explained by BOEM’s Cruikshank), Upton said, “that is a big deal locally for Louisiana.” He tied this to the fact that 40% to 50% of Louisiana’s state budget comes from excise taxes on oil and gas output, and products.