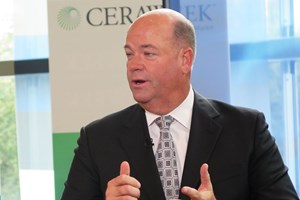 The “extremely tight” market for oilfield workers, particularly in the Permian Basin of West Texas and New Mexico, also is squeezing the energy industry and frustrating efforts to expand oil production, Lance said during a conference call with analysts on Thursday.

Lance, one of the longest-serving major US oil-company CEOs, also cautioned the federal government against any significant changes to the tax structure. Tweaking the tax code could have dire long-term consequences for oil and natural gas investments, he added.

The Houston-based company distributed $4.3 billion to shareholders in the third quarter and an increase in its ordinary dividend effective in the fourth quarter.

“Our Lower 48 business unit accomplished record production of more than 1 million barrels of oil equivalent per day,” Lance said. “We expanded our global LNG portfolio with opportunities in QatarEnergy’s North Field South LNG project and have agreed to capacity at the prospective German LNG Terminal, enhancing our focus on this valuable energy transition fuel.

“By concentrating on low cost-of-supply and low greenhouse gas production, ConocoPhillips is well positioned to compete in near-term cycles and over the long term,” he said.