(Bloomberg) — Capricorn Energy Plc. is standing firm behind its merger with Israel’s NewMed Energy LP despite investors holding more than a third of its stock coming out against the planned deal and creating a significant hurdle for its approval. 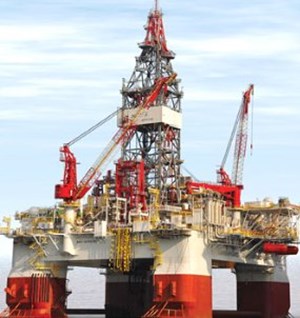 “This transaction delivers our shareholders a substantial capital return, along with an ongoing stake in a differentiated UK-listed company, shaped for the future of the energy industry,” Capricorn said in an emailed statement.

It argued the combined business will offer investors a gas business of scale, near-term growth, dependable capital returns and a compelling environmental, social and governance narrative to support energy markets in the Middle East, North Africa and Europe.

Capricorn abandoned a highly criticized tie-up with Africa-focused Tullow Oil Plc in September to pursue the merger with NewMed, a gas producer in the eastern Mediterranean. The deal between Capricorn and NewMed would create one of the largest, independent upstream energy producers listed in London, the companies said in a statement at the time.

The comments come after some of Capricorn’s largest shareholders have came out against the plan, arguing it undervalues the company. Those holders include its largest holders Madison Avenue Partners, Newtyn Management, as well as Kite Lake Capital Management and Legal & General Investment Management.

“We are pleased that the proposed combination with Tullow has been abandoned, and the new proposal does address some, but not all, of our prior concerns. Overall, despite some positive aspects, we are not convinced that this proposal is the best path forward to maximize shareholder value and minimize future environmental risks,” said Nick Stansbury, L&G’s head of climate solutions.

The merger has also attracted the ire of two activist investors. Palliser Capital UK Ltd. has called for the company to abandon the deal and follow its plan for value creation on a standalone basis. Another activist, Irenic Capital Management, has called for Capricorn to shelve its plans and pursue liquidation.

Collectively, the group of investors hold roughly a third of Capricorn’s stock, which creates a significant hurdle for the merger. The matter is expected to go to a vote at a special meeting where Capricorn will need the majority of votes cast to support the merger.

Capricorn will need a large turnout at the meeting in order to overcome the opposition because only votes cast at the meeting will be counted. Attendance at Capricorn’s last four extraordinary general meetings has ranged from just over 50% to 78%, according to its regulatory filings.

“Once again, there is significant opposition to a deal recommended by the Capricorn board, this time from more than a third of shareholders,” Palliser Capital said in an emailed statement. “Pursuing this self-serving deal, which significantly undervalues the company, is a waste of time and resources.”

Palliser once again urged the company to pursue its value optimization plan, which it argues will return excess cash to shareholders and unlock up to 400 pence per share in value over the medium term.