US oil futures point to oversupply for first time this year

(Bloomberg) — The U.S. crude market’s structure is signaling oversupply for the first time in almost a year, the latest indicator of the scale of the dramatic slump in the nearest section of the oil futures market. 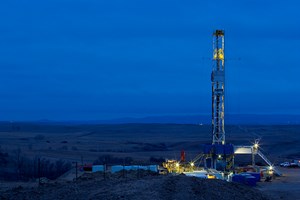 The front-month spread, which reflects short-term supply-demand balances, traded in contango — the industry term for the bearish market structure — ahead of the December contract’s expiry on Monday. One other subsequent spread also flipped to contango. The rest remain in the opposite bullish structure, known as backwardation, indicating the move could yet be a short-term one.

Much of the move can be attributed to futures traders amassing a bloated long position and heading for the exits at the same time as headline prices plummet due to demand worries, market participants said. Underlying physical market weakness and short-term factors such as a Texas pipeline outage and high freight rates have also led to the collapse in timespreads, while West Texas Intermediate futures fell below $80 for the first time since September.

Friday’s plunge also coincides with the expiry of options contracts on the December-January spread. There are almost 13 million barrels of put options that would profit if the spread expires in contango. When options move through the levels at which they pay out, they can spur additional selling.

“Bottom line here is that demand for oil out of Asia isn’t good and while it may be decent in the U.S., it’s struggling with the pipe outage that slows exports and generates weakness that may last for a few weeks,” said Scott Shelton, an energy specialist at TP ICAP Group Plc. “The market positioning was the exact opposite, which has forced liquidation and made this even worse.”

Contango can make it more profitable for traders with access to storage to put oil in tanks and sell at a later date, depending on the extent of the the gap between prices. If oil markets are in contango over a sustained period, it also generates so-called negative roll yield, where investors tend to lose money when they roll a position forward from one month to the next.

The weakness in U.S. light-sweet crude prices has shown up in physical markets in recent days. Crude at Magellan Midstream Partners LP’s East Houston terminal is trading at the softest level since May, according to Bloomberg fair value data. Permian oil is also at a near-six-month low, the data show, with a vital regional oil pipeline run by Shell Plc running at reduced rates.