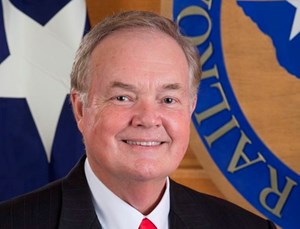 "The president boasted his administration’s successful battle against oil and natural gas through their international commitments to “green” initiatives, stifling financial investment to fossil fuels, the passage of the ill-named Inflation Reduction Act, and the establishment of new methane rules," the release said.

The release included a statement attributed to Christian:

“Texans won’t stand for Biden’s war on oil and gas, and I’ll fight tooth-and-nail to defend our state’s production. With energy inflation high at almost 20%, Biden’s energy agenda is a disaster from pleading for more production from foreign nations to draining the strategic petroleum reserve to more subsidies toward wind and solar and now threatens to shut down the Permian Basin

"The president’s energy strategy is merely shipping reliable energy production overseas, which jeopardizes national security and drives up costs to consumers just to virtue signal that he is progressive on climate change. The Permian, not OPEC, is the answer to cheap, plentiful and reliable energy,” Christian said.

Texas produces 43% of the nation's oil and 25% of its gas, and the industry represents about a third of the state’s economy with nearly two million employees and pays an average of about $12 billion in annual state and local taxes and royalties.

Christian's announcement highlighted the benefits of that income to the state's educational and healthcare institutions and infrastructure. It also emphasized that the United States has become the world's top exporter of LNG this year, and Texas is responsible for almost half of that production.