(Bloomberg) – UK Chancellor Jeremy Hunt is expected to delay much of the £55 billion ($65 billion) of savings to fill the hole in the public finances until after the next election in an attempt to protect the economy and shore up Tory support as the country heads into recession. 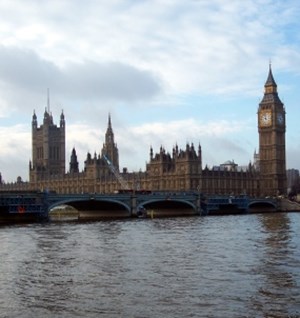 The proposed measures include a two-year extension of a windfall tax on oil and gas firms to 2027, raising rate from 25% to 30%.

Hunt will unveil measures to bring the national debt under control in his Autumn Statement on Nov. 17, with around 40% of the savings coming from tax rises and 60% from spending cuts. The bulk will be delivered in the final years of the five-year forecast to protect growth now, two people familiar with the plans said.

Official figures on Friday revealed that GDP shrank for the first time since the start of 2021 in the three months to September. The Bank of England says the UK is in a recession that will, in the best case, last about a year.

“I want to make sure that this recession, if we are in one, is as short and shallow as possible,” Hunt said in an interview on Sky News on Sunday. There will be measures “grow the economy,” he added, but they are likely to be aspirations with no upfront cash.

Speaking to Channel 4, Anne Boden, chief executive of Starling Bank, warned Hunt not to tighten so hard he chokes off growth. “The thing we need to do is to make sure we don’t over-correct. That is really, really dangerous.”

En route to the G-20 meetings in Bali, Prime Minister Rishi Sunak told reporters that putting the public finances on a sustainable trajectory was essential to “deliver on the expectations of international markets” and keep interest rates low.

But he added that growth was key to being “able to cut people’s taxes over time and support public services. And you’ll hear that side of the equation from the chancellor as well.”

To fill the hole in the public finances, Hunt said everyone will have to pay more tax but, writing in the Sun on Sunday newspaper, he insisted “those with the broadest shoulders” will carry more of the load.

“The government probably doesn’t want to fill the black hole today by taking money out of people’s pockets, so they will delay some of the savings,” said Chris Sanger, UK tax policy leader at EY and chairman of the Treasury’s Tax Professionals’ Forum.

Hunt and Sunak need to balance a number of objectives, as well as ensuring policy works in tandem with the BOE’s thinking to avoid stoking inflation. And they need to demonstrate immediate fiscal credibility to reassure markets that Britain will pay its way after the recklessness of Liz Truss’s mini-budget.

At the same time, their party needs to close the opposition Labor Party’s 20-point lead before an election, which has to be held by 2025.

“The most important thing we can do right now is to restore stability, sort out our public finances, and get debt falling,” Hunt wrote in the Sun on Sunday. “That is the only way to grip inflation and keep those interest rate rises as low as possible.”