(Bloomberg) — The Environmental Protection Agency ordered the shutdown of a U.S. Virgin Island refinery that historically was positioned as a key fuel source for the East Coast due to public health concerns. 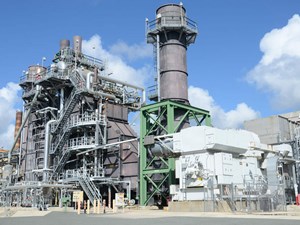 The 200,000-barrel-a-day Limetree Bay refinery in St. Croix is required to pause operations after repeated operational infractions, according to the EPA. Since February, the facility has experienced major operational issues, culminating with an incident earlier this week that forced its owners to shut the plant after it spewed oil droplets on nearby communities and contaminated drinking water.

“These repeated incidents at the refinery have been and remain totally unacceptable,” said EPA Administrator Michael S. Regan. “This already overburdened community has suffered through at least four recent incidents that have occurred at the facility, and each had an immediate and significant health impact on people and their property.”

The shutdown of the refinery comes days after a cyberattack on the Colonial Pipeline exposed how reliant the U.S. East Coast has become on a single pipeline for gasoline and diesel. The location of Caribbean refinery is ideal to quickly and cheaply move fuel to the Atlantic Coast as shipments from the U.S. Virgin Islands are exempt from the Jones Act, meaning foreign ships can transport gasoline and diesel domestically without a waiver.

The EPA had been monitoring the growing list of incidents at the Limetree Bay refinery which is located in a community that is disproportionately affected by environmental burdens. Those mishaps have raised significant environmental justice concerns, which are a priority, the agency said in its statement Friday.

The agency ordered Limetree Bay to seek an independent audit of operations and then submit a plan for approval that addresses the auditors’ recommendations for corrective measures.

Known formerly as Hovensa, the St. Croix refinery was previously owned by Hess Corp. and Venezuela’s state-owned Petroleos de Venezuela SA before it was shuttered in 2012. Its current owners include ArcLight Capital Partners, Freepoint Commodities and EIG Global Energy Partners.

In an emailed statement, a company spokesperson said Limetree Bay voluntarily shut down the refinery on Wednesday after a flaring incident caused by an upset at a coker unit. The company’s focus is on investigating and cleaning up areas of the community affected by the incident, and will cooperate fully with the EPA’s order. “We are committed to operating a safe facility.”