(Bloomberg) — Trans Mountain Pipeline LP’s effort to keep its insurers’ names confidential was accepted by regulators in a setback for environmental groups fighting to prevent development of the Canadian oil sands.

“Trans Mountain has satisfied the requirements for confidentiality,” Canada Energy Regulator said in its decision Thursday. “The names of Trans Mountain’s insurers could reasonably be expected to prejudice its competitive position in its dealing with potential insurers.” 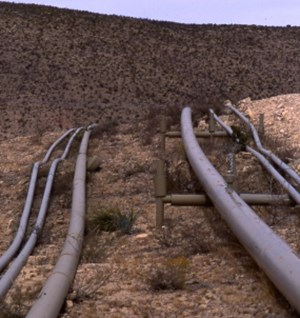 Demonstrations against the Trans Mountain pipeline expansion in 2018, when it was still in the hands of Kinder Morgan.

Alberta’s land-locked oil sands producers have struggled for years with a shortage of export pipelines, which reduces the value of their crude. But efforts to build conduits have encountered strong resistance from environmentalists who argue they threaten land and waterways and worsen climate change.

Such concerns helped prompt U.S. President Joe Biden, in his first day in office last January, to cancel a key permit for Keystone XL, Canada’s largest oil export pipeline project. Trans Mountain has faced stiff opposition from activists and some indigenous groups over a planned expansion that would bring more oil from Alberta to Asian markets.

“The Canada Energy Regulator is expanding Trans Mountain’s culture of secrecy when it should be doing the opposite, especially for a government owned company during a climate crisis,” Charlene Aleck, spokesperson for Tsleil-Waututh Nation Sacred Trust Initiative, said in a statement. “This is a dangerous precedent.”

Construction of that project, which was proposed more than a decade ago, began last year after Canada’s federal government stepped in to buy the company in 2018 for C$4.5 billion ($3.7 billion) from previous owner Kinder Morgan Inc., which was threatening to scrap the project due to the fierce pushback.

Trans Mountain welcomes the decision to treat insurers as commercially sensitive and “is committed to providing the CER with full information about our financial resourcing and ensuring Canadians know that we are sufficiently insured,” the company said in an email.